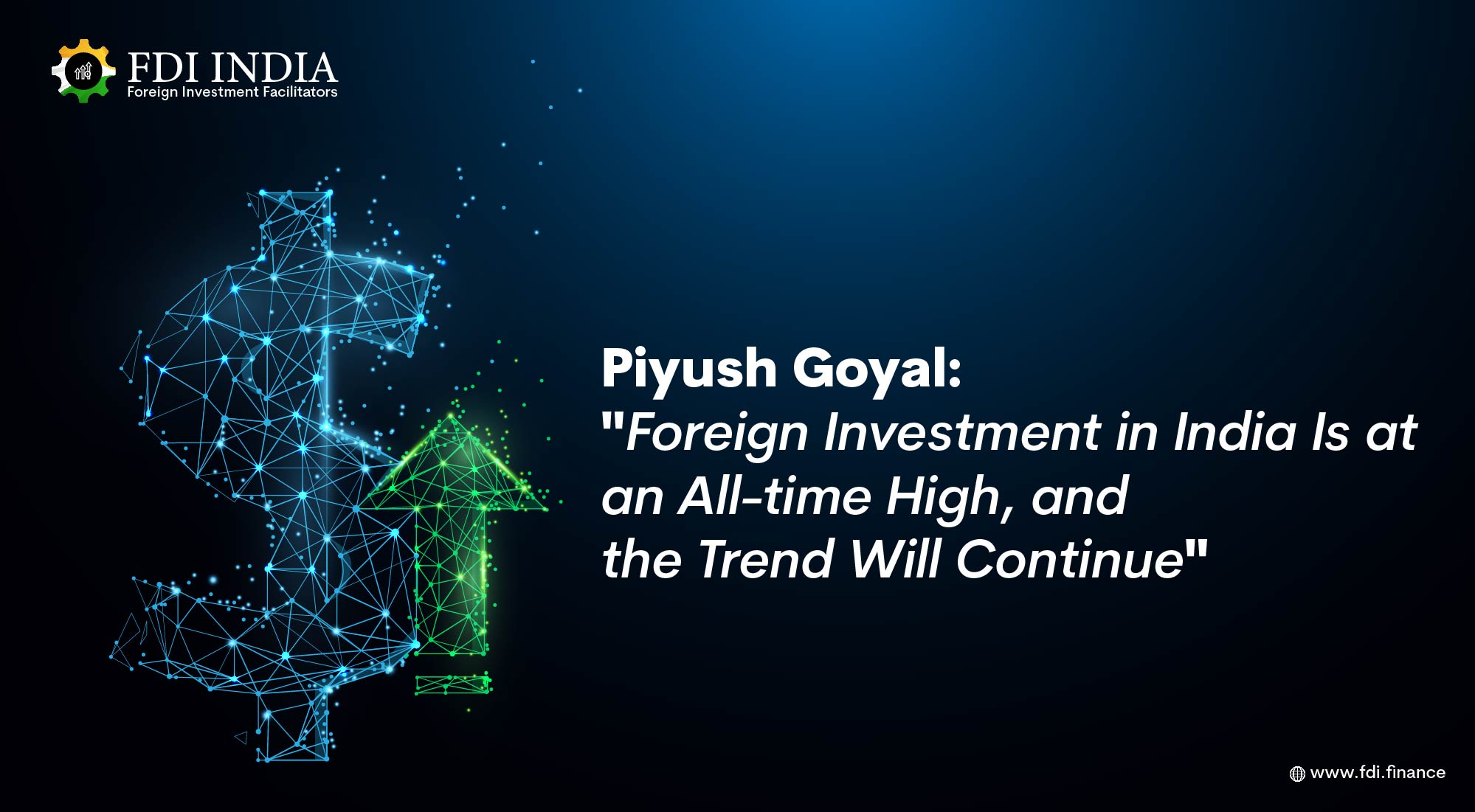 Piyush Goyal: "Foreign Investment in India Is at an All-time High, and the Trend Will Continue"

Piyush Goyal: "Foreign Investment in India Is at an All-time High, and the Trend Will Continue"

According to Piyush Goyal, India attracted the most significant level of foreign direct investment (FDI) ever in the Covid-affected 2020, despite a global decline in investment inflows. He also stated that India is negotiating trade deals with 16 countries, including the United Kingdom, the European Union, Australia, and Canada.

Commerce and Industry Ministry, Piyush Goyal, talked about India attracting higher foreign investments in the current fiscal year and nearby future on Sunday. He also mentioned the "record highs" in foreign investment in the country during the last seven years.

Goyal was virtually speaking at a conference of the Confederation of Indian Industry (CII) and Horasis India.

"We are extremely sure that we will maintain our seven-year trend of historic highs in our foreign investments this year," the Union minister said.

According to a Commerce and Industry Ministry statement, India attracted $81.72 billion in foreign direct investment (FDI) in FY21, the most significant amount ever and 10% more than the previous year. The leading investors are Singapore, the United States, and Mauritius, according to the statement. The government gave this credit of massive inflows to the policy reforms made to ease the business route. However, the investment is mainly attracted to domestic manufacturing capacity and an ambitious infrastructure project pipeline.

According to the ministry, India received $74.39 billion in FDI the previous year. Goyal also stated on Saturday that India is in talks for trade deals with 16 nations, including the United Kingdom, the European Union, Australia, Canada, and the United Arab Emirates.