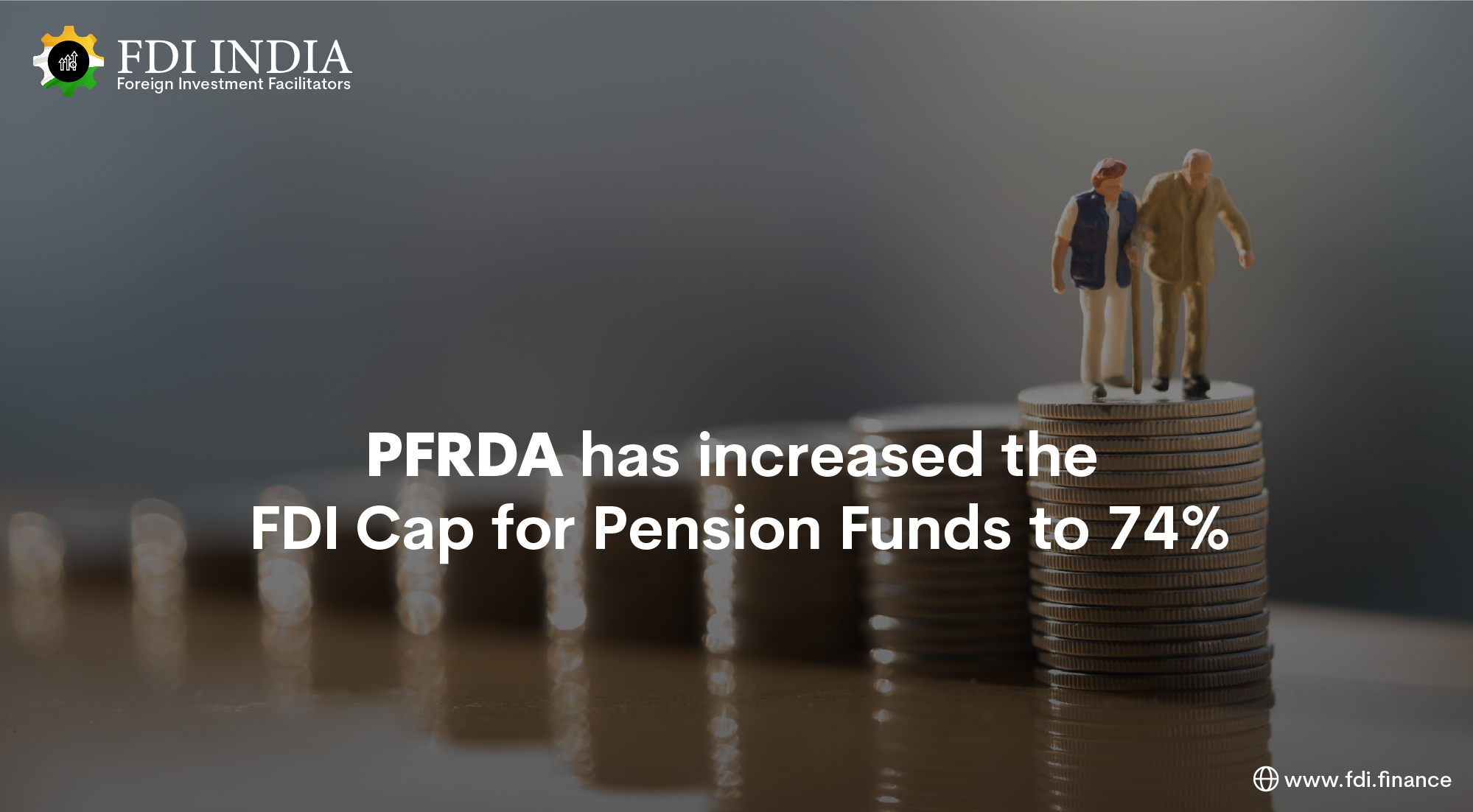 PFRDA Has Increased the FDI Cap for Pension Funds to 74%

PFRDA Has Increased the FDI Cap for Pension Funds to 74%

With the Pension Fund Regulatory and Development Authority (PFRDA) publishing the new amended limit, foreign corporations can hold up to 74% ownership in pension funds directly or indirectly. The FDI limit had previously been raised from 49 percent by the Union cabinet.

The revision to the pension fund regulations follows the regulator's June 30 opening of the "on tap" timeframe for pension fund manager licenses. This type of window allows candidates to apply for a permit at any time, reducing the time it takes to start a firm.

The National Pension System (NPS) and other pension schemes of the PFRDA currently have more than 4.28 crore subscribers, with total assets under management (AUM) exceeding Rs.6 lakh crore as of June this year, according to the regulator.

"Increasing the FDI limit in the pension fund sector is anticipated to increase competitiveness and growth in the Indian pension fund business. According to analysts, global experience managing billions of dollars in pension funds may now be applied to administering India's national pension funds.

They claimed that a rise in FDI would be good because various companies needed funds to expand. In addition, existing fund holders will sell their excess shares, while foreign companies will supply new products, technology, and assistance in developing pension coverage.