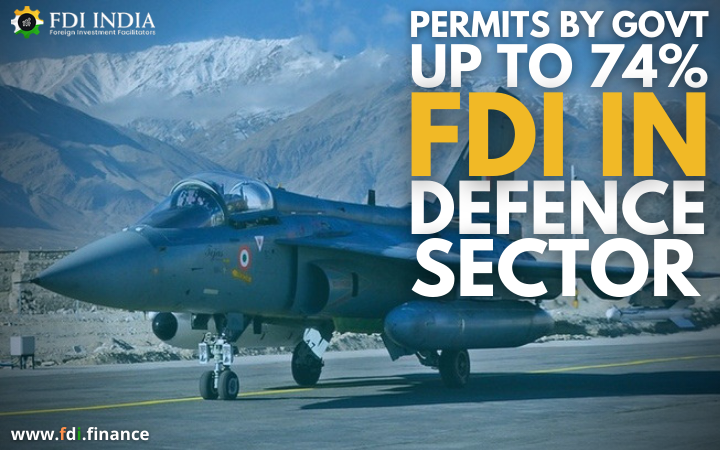 Permits by Govt up to 74?I in Defence Sector

Permits by Govt up to 74?I in Defence Sector

On 17th September 2020, the Department for Promotion of Industry and Internal Trade (DPIIT) had issued a press note that gives allowance to FDI in the defence production over 74% through the automatic route.

The foreign direct investments would be subject to access to modern technology or for other reasons that are required to be recorded.

The government allowed till now 100?I in the defence industry in which 49% of investments were allowed through the automatic route and investments beyond that would be requiring government approvals.

74?I through the automatic route will be granted for the various companies that are wanting to get new industrial licenses, according to the Press Note 4 (2020 series)

The DPII has also mentioned that the fresh investments that are made up to 49% in an organization that is not seeking an industrial license or that have already government approval for FDI in defence will be requiring the mandatory submission of a declaration with the defence ministry in the case of a change in equity/shareholding pattern or transfer of stake by existing investor to a new foreign investor for FDI up to 49% within 30 days of the change.

It further added, "Proposal for raising FDI beyond 49% from such companies will require government approval."

It said, "The investee/joint venture company along with the manufacturing facility should also have maintenance and life cycle support facility of the product being manufactured in India."

The licenses will be given by the DPITT in discussion with the Ministry of Defence and Ministry of External Affairs.

The Foreign Exchange Management Act notification will provide the date from which the decision will be in effect.