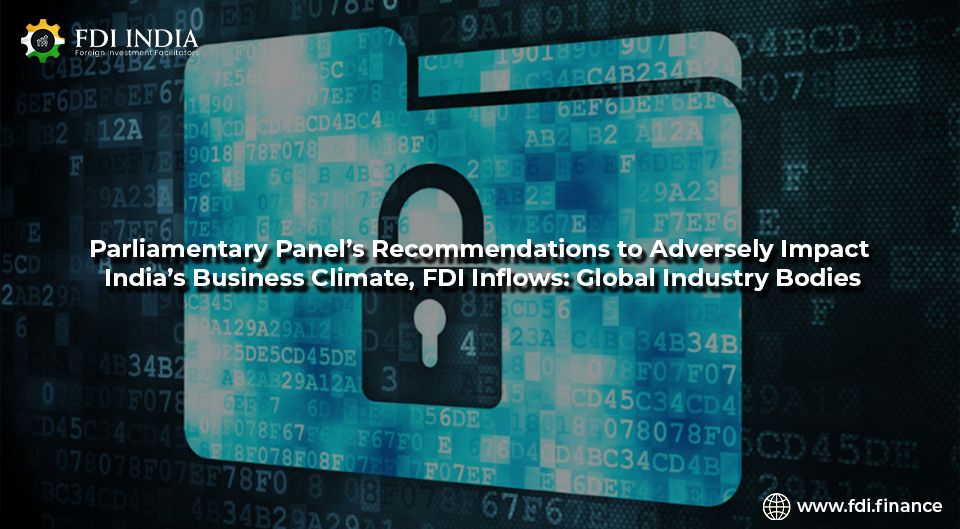 In a joint letter to the government, several industry bodies have said that the proposed Data Protection Bill, recommended by a Parliamentary panel, will considerably degrade India’s business environment and reduce foreign direct investment (FDI) inflows.

The industry bodies have asked for more consultations with stakeholders before introducing the bill in Parliament.

Industry bodies such as JEITA, US India Business Council, ITI, Business Europe and TechUK, which are based out of the US, Europe, Japan, Southeast Asia and India represent several corporations like Google, Cisco, Microsoft, Amazon, and SoftBank.

The letter addressed to Ashwini Vaishnaw, Union Minister for Communications and IT, stated that the Parliamentary panel’s recommendations for the personal data protection bill, if carried out, would negatively impact India’s innovation ecosystem and the goal of a trillion-dollar digital economy.

The industry bodies conveyed their concerns on matters such as the inclusion of non-personal data, constraints on overseas data transfers, data localization obligations, mandatory hardware and AI software certifications.

“When these and other recommendations in this Report are considered as a whole, their result, if enacted, would lead to a significant deterioration in India's business environment, degrading the Ease of Doing business in and with India, and negatively impacting India's domestic start-up ecosystem and global competitiveness,” said the letter.

The industry bodies said the regulations for companies to store their data locally in India will harm the privacy and cybersecurity protections by restricting state-of-the-art solutions that are globally available.

The group of industry bodies also said that the proposal to establish a domestic alternative to the international SWIFT banking system appears to be beyond the scope of the report’s objectives and would adversely impact the Indian financial sector and digital payments interface.

“There needs to be an extensive consultation to make it a privacy ready future legislation. India can be a leader in this regulatory domain by devising a dynamic data protection legislation keeping in mind the interest of all stakeholders,” said Kumar Deep, ITI country manager for India.