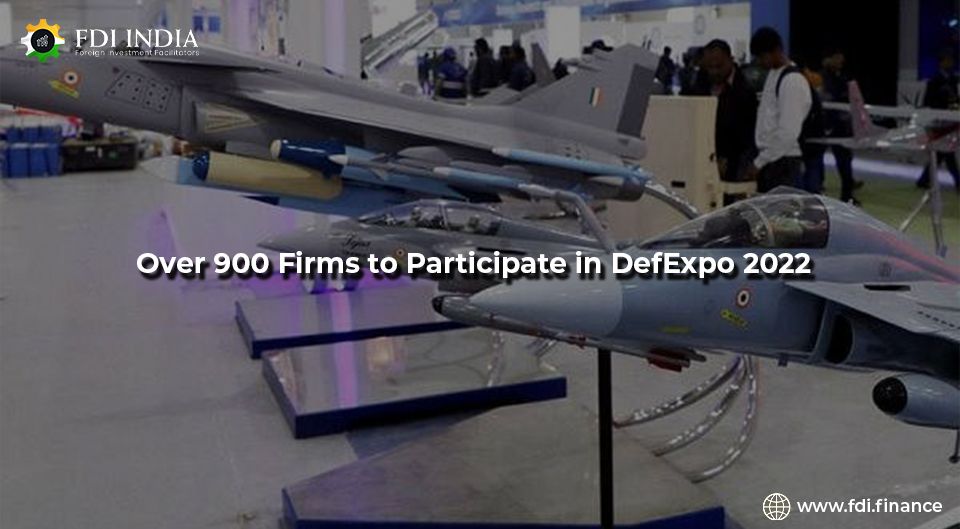 Asia’s largest defense exhibition, DefExpo 2022, will be held in Gandhinagar from March 10 to 13 and will see participation from more than 900 defense companies and 55 countries.

Officials said that the number of participating firms could cross 1,000 as more companies offer their attendance confirmations.

The exposition aims to showcase India as a defense manufacturing epicenter. According to information sourced from officials, the exhibition will be attended by more than 100 foreign firms, with many venture capitalists also looking to invest in defense startups.

The exhibition is the perfect platform to amplify the progress on the government’s initiative to make India self-reliant in the defense manufacturing sector and become one of the leading exporters of defense equipment.

The government has undertaken a slew of measures to boost self-reliance in the defense sector. These steps include raising foreign direct investment (FDI) limit in the defense manufacturing sector, earmarking a separate budget for the purchase of domestically-manufactured military hardware and banning imports of many weapons/equipment.

One of the highlights of the exhibition will be a 1,000-drone display. The drone show will be conducted by Botlab Dynamics, a startup supported by IIT Delhi and the Department of Science and Technology.

The drone show was first organized at the Beating Retreat ceremony on January 29, 2022. Apart from India, only the US, China and Russia possess the capability for such a show.

The US pavilion will be the biggest among the foreign participants, while the Tata and Adani groups are the leading Indian firms. As per an official, this will be the largest DefExpo since it was first organized in 1996.

India has set aside Rs. 84,598 crore for purchasing indigenously produced weapons and systems. Along with this, the government has also apportioned 25 percent of the defense R&D budget for startups, private players and the academic community to boost innovation in the design and development of military systems.

New Industrial Areas to be Set Up in Eight Districts: Karnataka Minister