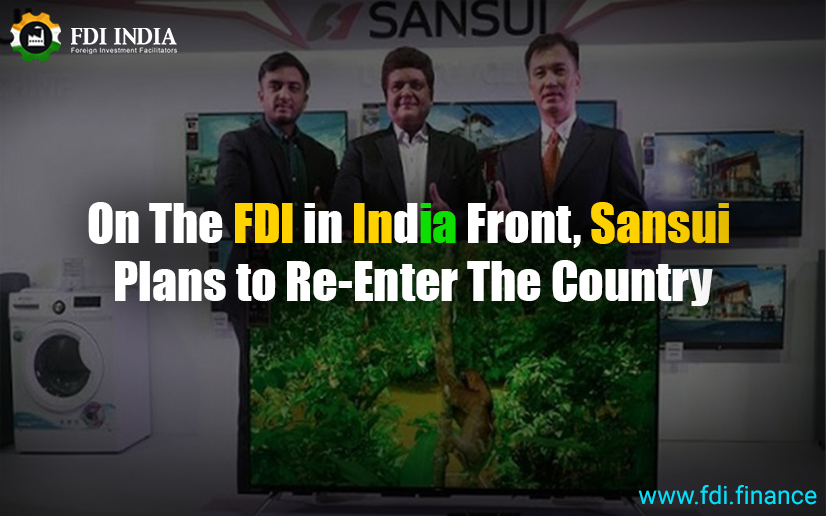 On The FDI In India Front, Sansui Plans To Re-Enter The Country

On The FDI In India Front, Sansui Plans To Re-Enter The Country

The big consumer electronics brand Sansui plans to make India one of its global production hubs. The company is re-entering the Indian market by partnering with the Jaina Group, who make Karbonn mobile phones. This move comes after the recent cut in corporate tax.

Jaina Group is all set to invest 500 crore in a plant near Grurgram to be able to produce smart TV’s and other appliances including air-conditioners, washing machines, and refrigerators. Set up over 30 acres, the plant will be functional by July and is expected to create over 3000 jobs. The group has a 24 year license for the company- Sansui for India, Sri Lanka, and Bangladesh markets.

The managing director of Jaina Group, Pradeep Jain said, “We will pitch for supplying of the products to other Sansui operations globally since we can now compete on pricing with other production hubs in China and Taiwan after the drop in taxation.”

Sansui’s head for Global Licensing, Lim Jew Tim said, “At present, Sansui sources products from China and Turkey for its operations in these countries. Once the India plant starts, we will make this a part of the global production network.”

Sansui’s parent company is Hong Kong-listed Nimble Holdings. The electronics brand was in India till 2017 with the Videocon group but did not renew their license last year due to financial problems.