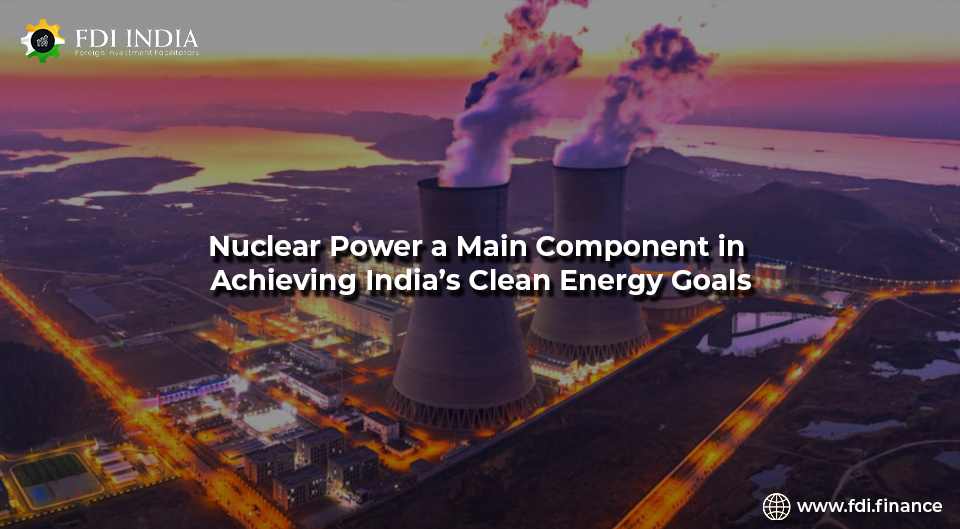 Based on official figures announced by the Ministry of Power, the installed nuclear power capacity in India is 6,780 MW (1.7% of India’s total energy generation capacity) as of December 2021.

Foreign direct investment (FDI) regulations in India do not allow foreign investment in the Indian atomic energy sector. The FDI regulations are governed by the Foreign Exchange Management Act, 1999 (FEMA) and the rules issued thereunder, as per the FDI policy issued by the Department for Promotion of Industry and Internal Trade (DPIIT), Ministry of Commerce and Industry, Government of India.

Ten reactors (including a 500 MW prototype fast breeder reactor being implemented by Bharatiya Nabhikiya Vidyut Nigam Limited (BHAVINI), a Government of India undertaking) with a total capacity of 8,000 MW are under various stages of construction.

The Government of India has also granted administrative approval and financial sanction for the construction of ten indigenous PHWRs, to be set up in fleet mode, each with a capacity of 700 MW. This is a first-of-its-kind project as these reactors would be wholly made in India.

It is estimated that the total installed nuclear capacity in India would be 22,480 MW by 2031, upon progressive completion of the approved and under construction projects.

Besides these projects, light water reactors with foreign cooperation are also proposed to be set up. In December 2021, the Department of Atomic Energy (DAE) announced that a huge nuclear power expansion program is being implemented to provide India with clean electricity.