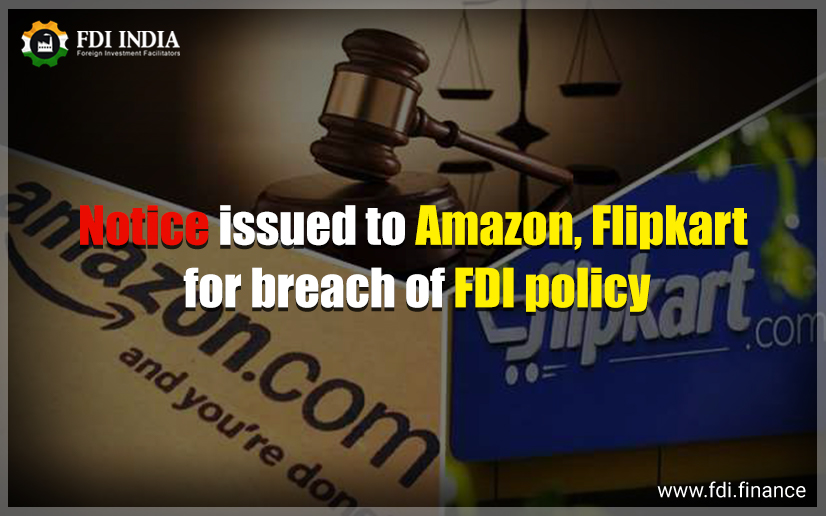 Notice Issued To Amazon, Flipkart For Breach Of FDI Policy

Notice Issued To Amazon, Flipkart For Breach Of FDI Policy

Confederation of All India Traders (CAIT) sent a notice to online marketplaces, Amazon and Flipkart for breaching the norms of FDI policy. Jodhpur bench of Rajasthan sent notices to these online shopping platforms.

The petition was filed by CAIT as these platforms have been repeatedly and continuously been violating the policies of FDI for years and that is why finally a legal notice was sent and they have been dragged to the court. CAIT in their statement said that they are converting their market into an inventory-based model and that is a straight away breach of FDI policy.

They are offering big discounts and are engaged in fund loss and inventory control. This all is resulting in manipulations of prices, which is prohibited under FDI policy. These market places cannot offer such big discounts without owning the inventory.

Several complaints were already made to them for openly sidelining the policies provided by FDI and no legal actions were taken until now. But when they did not understand with such complaints, the trader's body had to include the court in the matter. The next hearing will be on October 15.

A spokesperson of Flipkart reportedly said in his statement that, “We’re fully compliant with FDI laws of the country. We are a marketplace player and work closely with lakhs of our sellers, artisans, SMEs across the country and help them connect with more than 160 Mn customers across India. We’re proud of our work to make these sellers/artisans successful and help in economic growth and job creation in India.”

The rules for FDI in e-commerce have been updated by the Government and that was notified on 26th December last year. These changes in e-commerce FDI policy target on big discounts being offered by such huge online shopping sites as putting an end to e-commerce marketplaces dealing with exclusive vendor-partners. This came into action from 1st February this year as DPIIT denied to extend the deadline.

But Amazon and Flipkart continue with their huge discounts on their goods and partnerships with vendors. They were supposed to make reports to show that they are following the rules laid by FDI but nothing of that sort was seen.

This rule was made to protect the sales of local shopkeepers and smaller online sites so that such big sites do not take over all the sales by providing such big discounts but they are not abiding by it. We will see where this case goes into the next hearing which is on 15th October.