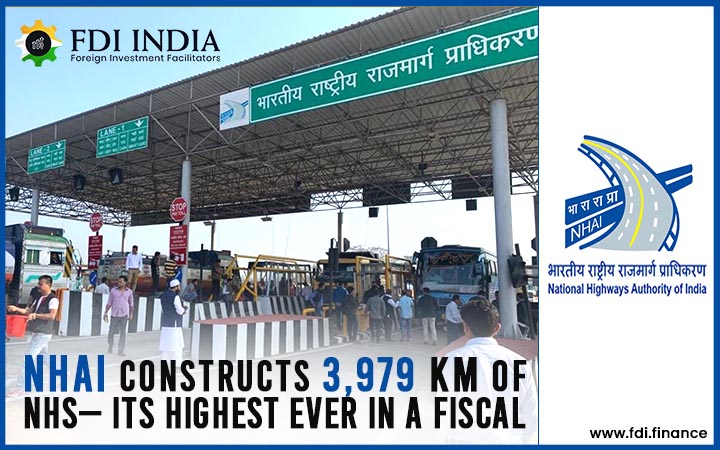 NHAI Constructs 3,979 km of NHs— Its Highest Ever in a Fiscal

NHAI Constructs 3,979 km of NHs— Its Highest Ever in a Fiscal

Earlier this week, the National Highways Authority of India announced that it had completed the construction of 3,979 km of national highways in the financial year 2019-20.

As per the company, this accomplishment is the highest ever highway construction achieved by it in a financial year.

"The construction pace as noticed in last years has seen a steady growth with 3,380 km construction in the FY 2018-19," the state run company said in a statement.

"Continuing the same trend with the development of 3,979 km of national highways during FY 2019-20, NHAI has achieved an all-time high construction since its inception in 1995.”

According to the statement, the centre has envisaged an ambitious highway development programme that is called the Bharatmala Pariyojana. This programme ludes development of about 65,000 km of national highways.

"Under Phase-I of Bharatmala Pariyojana, the Government has approved implementation of 34,800 km of national highways with a very stiff target of 5 years with an outlay of Rs 5,35,000 crore," the statement said.

"NHAI has been mandated development of about 27,500 km of national highways under Bharatmal Pariyojna Phase-I."

Apart from this, the company also said that it has taken several bi big steps to  revive stalled projects and expedite completion of new ones.

Amid the ongoing COVID-19 pandemic that has gripped the world by the throat, FDI in India has stalled even as businesses plan to recover from the 21-day lockdown. The world economy has taken a hit and and economical downfall is on the cards. The deadly coronavirus, that originated in the Chinese city of Wuhan, has paralysed the world.