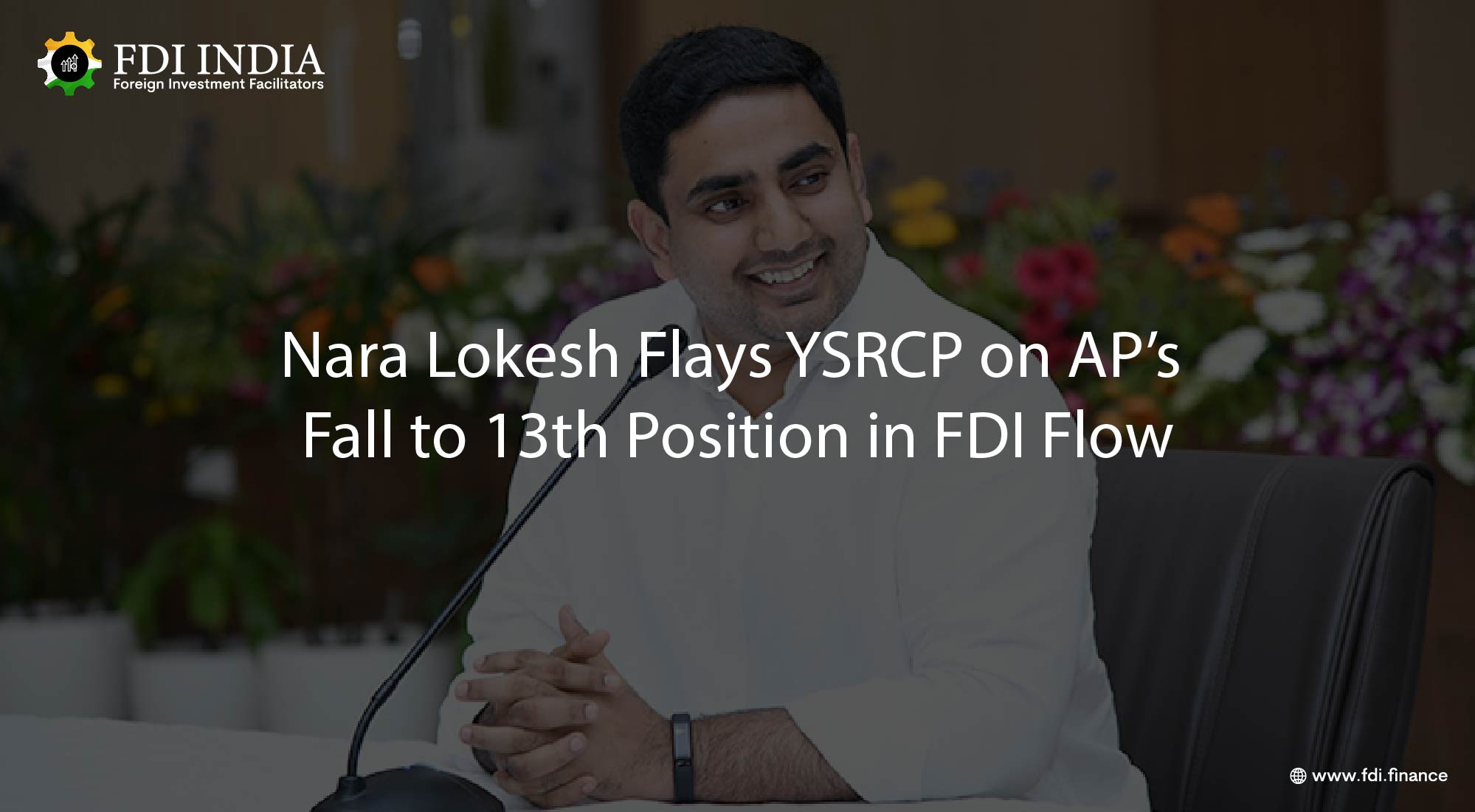 Andhra Pradesh has fallen to 13th position in the country in foreign direct investment (FDI) inflows by June this year, according to Telugu Desam Party national general secretary and MLC Nara Lokesh, who blamed the administration of chief minister Y. S. Jagan Mohan Reddy's "anti-industry policies." He said that during the previous TDP administration, AP had the honour of being ranked sixth in the nation.

According to Lokesh, Andhra Pradesh may only receive Rs. 2,577 crore in investment from October 2019 to June 2021, causing it to drop to 13th rank. AP finished fourth in the 2018-19 fiscal year, garnering Rs. 19,671 crore. According to the MLC, AP competed with Maharashtra and Tamil Nadu under his father, former chief minister N. Chandrababu Naidu, but today ranks among the worst-performing states.

While all of Andhra Pradesh's neighbours were achieving greater levels of industrial growth, Lokesh voiced worry that the state was seeing the lowest levels of development and employment creation. These FDI statistics were taken from the federal government's announcements.

Meanwhile, TDP leaders have accused the chief minister of playing a new game of treachery under the guise of providing benefits to businesses and industries. However, the reality remained that the industrialists were being pushed for more money via increased electricity prices. TDP leaders allege that the YSRCP regime's carelessness caused the industrial growth rate to drop to -3.26 percent.