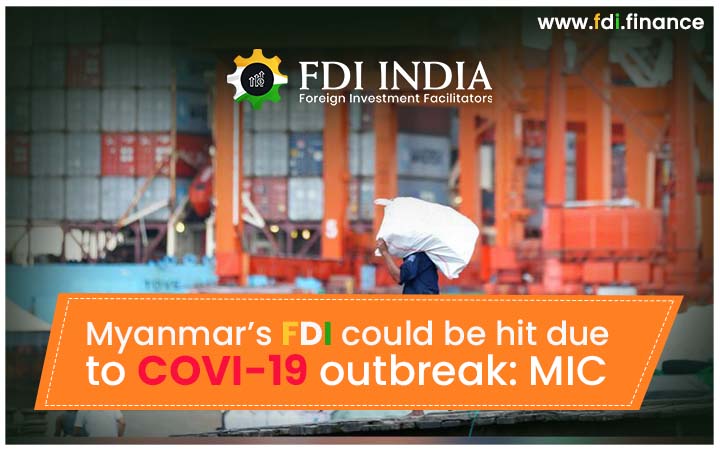 Myanmar’s FDI could be hit due to COVI-19 outbreak: MIC

Myanmar’s FDI could be hit due to COVI-19 outbreak: MIC

As per a senior official, the foreign direct investment equity inflow could be hindered due to the global coronavirus pandemic that is bogging down the world economy. This may result in manufacturing businesses being hit, which highly depend on labour and imports of raw materials.

The secretary of the Myanmar Investment Commission (MIC), U Thant Sin Lwin warned that the COVID-19 spread could limit FDI inflows into the country to a certain extent.

“COVID-19 is being faced around the world so that it would also hit businesses in the country to a certain degree,” said U Thant Sin Lwin.

So far, over 10 garment factories in the country have shut down due to the losses that resulted from the deadly virus.

More recently, the Myanmar government started to inspect and prepare for the impact of COVID-19 on the national economy.

On 13 March, the Working Committee was formed to address these issues. The committee is chaired by U Thaung Tun, minister for investment and foreign economic relations and also chair of the Myanmar Investment Commission.

Following the announcement by World Health Organization (WHO) that declared the outbreak of the novel virus a pandemic on March 12, Myanmar’s Office of the President put up an announcement the very next day prohibiting huge gatherings, including the Thingyan Festival, the most celebrated in the country, to ramp up measures in the fight against the disease.

The ban in celebrating festivals and holding public events started on Friday and will last till April 30, the President’s Office said.