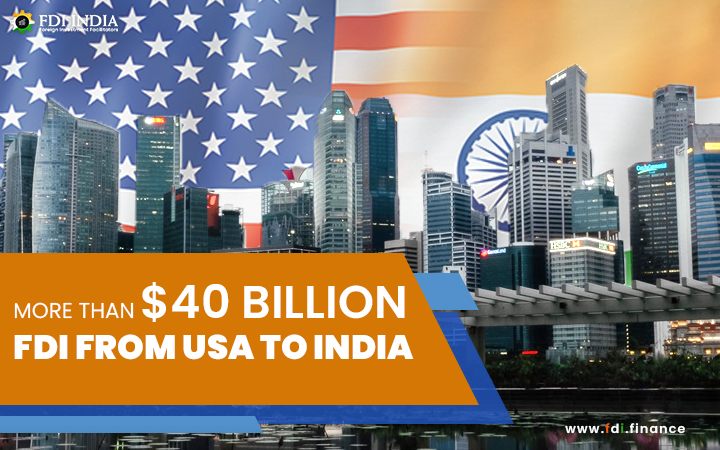 More than $40 billion FDI from USA to India

More than $40 billion FDI from USA to India

In FY 2020 the foreign direct investments coming from the USA in India have already crossed $40 billion.

This benchmark figure shows the confidence of the American investors and organizations in FDI as said by the head of an India-centric business advocacy group.

Mukesh Aghi, President of the US-India Strategic and Partnership Forum (USISPF) that is in charge of tracking the major US foreign direct investments in the country has said that the American investors trust the Indian economy has increased during the pandemic.

Aghi said "Year to date investment from the US, including the recent ones, is over $40 billion"

The recent set of announcements made by giants such as Google, Facebook, and Walmart about FDI in India, amount to over $20 billion of investments.

The efforts by USISPF have been going on to boost FDI from the USA to India in the last years during the Trump rule but only recently during the pandemic, it gained momentum. USISPF is working for bringing in FDI in the country and playing a prominent role in motivating the various American companies/investors to shift their base from China into India.

Aghi said "We feel that Prime Minister (Narendra Modi's) intention is very high. The challenges lie on the execution side. Efforts are being made to encourage manufacturing. I've never seen it so better. The policy framework is moving in the right direction."

Aghi further said "The question is how do you define protectionism...the administration here is saying America first and India is saying vocal for local,"

Larry Kudlow (White House Economic Advisor) had said that the US tech giants such as Google and Facebook will be announcing big investments in India which clearly states that the people are losing their earlier vested trust in China and India will be emerging as a big competitor. India will be continuing to be a protectionist country.