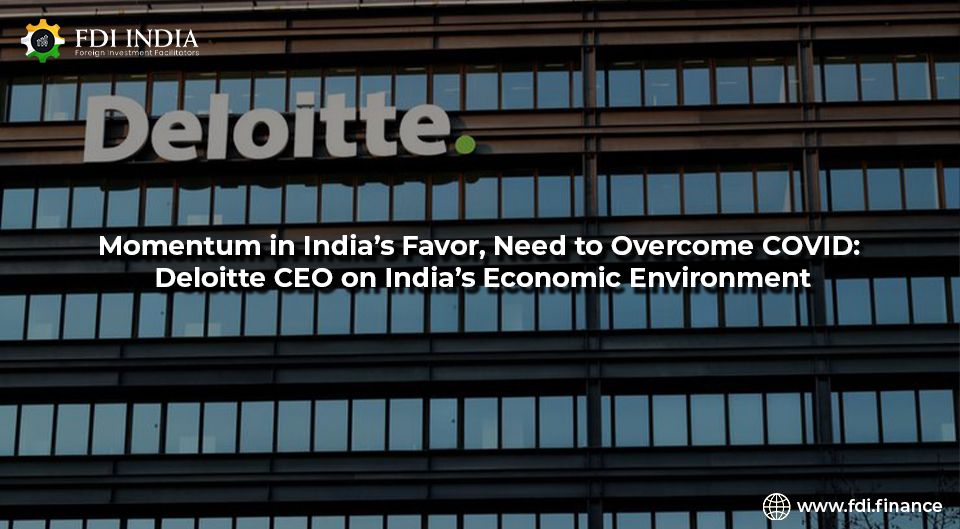 Deloitte CEO Punit Renjen said that India needs to sustain its position as an attractive destination for foreign direct investment (FDI) and prevail over the current COVID-19 pandemic.

He mentioned that the momentum is in India’s favor and expects India to be the fastest-growing large economy in 2022 globally, with an estimated growth rate between eight and nine percent.

“The first thing that we need to do is make sure that we prevail over this virus... While doing that, we need to keep the momentum going in terms of the way the government is focused on making sure India is a very attractive environment for foreign direct investment and also for various industries,” he said.

He asserted that this is going to be India’s century. “I really believe that the momentum is in India's favor, and we do need to execute it,” said Mr. Punit. He has been at the helm of organizing support from American firms to help India combat the pandemic.

He admitted that the omicron variant would undoubtedly affect the supply chains and the global economy as a whole, including India.

“I think all the steps that the (Indian) government is taking around vaccination is very impressive... we must prevail on the virus,” he said.

“But I believe India will lead others in terms of growth of large economies. I expect that in the next 10 years, India will be a $6 trillion to $7 trillion economy – number three in terms of size,” he added.

Regarding the foreign investment in India, he said, “We carried out a survey a few months ago on foreign direct investment. India is one of the primary destinations for FDI. But, there still needs to be work done.”

He noted that India has an opportunity to add close to a trillion dollars to the relocation of supply chains in a range of sectors such as technology, food processing, manufacturing, and pharmaceuticals.

“Making sure that reality, as well as perception, is there that India is a very attractive location not only because of the domestic market but also because it is a great place for servicing the rest of the world,” Renjen said.