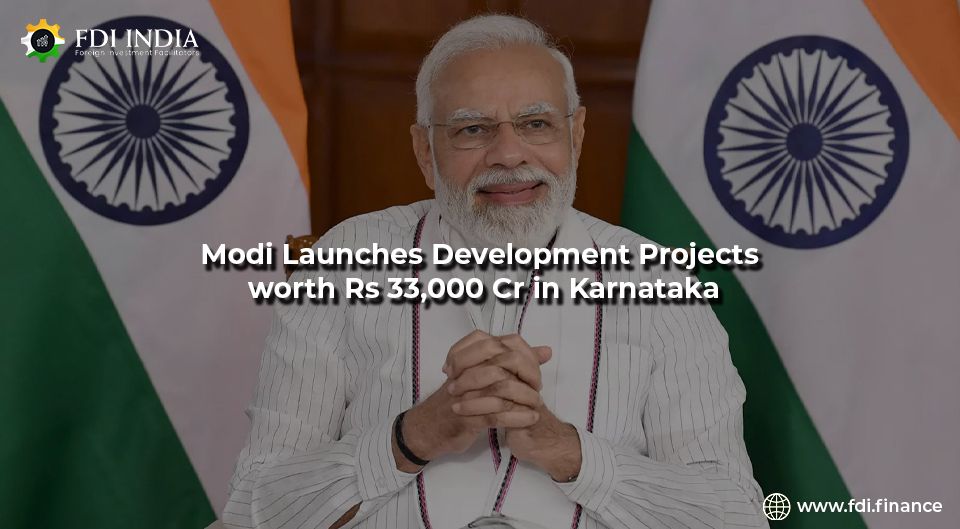 The Chief Minister was speaking at a function in Kommaghatta where Prime Minister Narendra Modi announced the complete electrification of the Konkan Railway, the Sir M Visvesvaraya Railway Terminal, the Arsikere-Tumkur double track and rail service, the Yelahanka-Penukonda double track and rail service, the Bengaluru Suburban Rail project, and other railway projects.

Chief Minister Bommai had a say that the day deserves to be recorded in golden ink in the development history of the state. The suburban rail project has been lingering for a while now, but with Prime Minister Modi's efforts, it is finally heading towards completion. With this initiative, commuters can easily travel from the city’s heart to various outlying areas in all four directions. There will also be an MMLP (Multi-modal Logistics Park) coming up at Tumakuru, which connects five states so that goods can easily reach every part of Karnataka without much hassle! As if that wasn't enough - work on the Satellite Town Ring Road and Old Madras Road stretches has also begun, which will surely help reduce traffic congestion.

It is Prime Minister Narendra Modi's vision that is guiding these projects with assistance from the union government. A politician's vision is limited to the next election, while a statesman's vision is on the next generation. The Prime Minister has a long-term plan for India - he wants it to become the world's superpower by 2047. He pushed forward several initiatives to optimally utilize this country's potential for development. This time around, opposition parties are questioning his plans - they believe that some of them lack utility and workability. However, this doesn't stop him because he has helped 53 lakh farmers receive credit through Kisan Samman schemes; 44 lakh Indian households now have access to clean drinking water thanks to his efforts, continued Bommai.

Prime Minister Narendra Modi has led Karnataka to progress, according to ongoing Chief Minister Basavaraj Bommai. Over one lakh roadside vendors have taken advantage of Prime Minister Narendra Modi's Swanidhi Scheme. Sixteen kilometers per day are being built on national highways instead of only one kilometer. In addition, India has approved 67 new airports and metro extensions to 5 more cities; 194 projects are under consideration due to Sagarmala Project; 596 further medical colleges were set up across India, with 4 in Karnataka.

Speaking about how the state wants to contribute USD 1.2 trillion towards Prime Minister Modi's vision of making India a five trillion dollar economy, Bommai said Karnataka is determined to be part of it. The state has seen fantastic progress in agricultural production and manufacturing as well. We're bringing in the highest FDI, he added. And with new infrastructure being planned (five airports, three ports), it will go hand-in-hand with Modi's quest for New India!