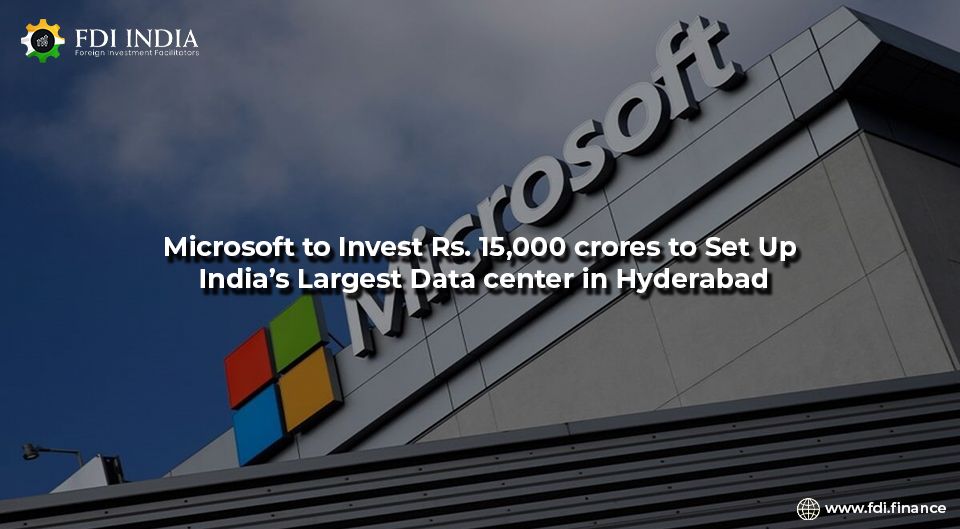 Technology giant Microsoft has decided to set up its largest data center in India in Hyderabad with an investment of Rs. 15,000 crore spread over 15 years. This is the largest foreign direct investment (FDI) in Telangana.

“This will be the largest foreign direct investment that Telangana has got so far. Microsoft has chosen Hyderabad to set up the largest data center in Hyderabad region and this will further boost the IT economy of the state. The IT sector in Telangana has been getting big investment from marquee companies,” IT Minister K. T. Rama Rao said.

Anant Maheshwari, President, Microsoft India, said that the first phase of the company’s plans would be completed in a couple of years.

“So, by 2025, we are planning to set up the first phase of infrastructure for the DC,” he said. He added that the data center would offer Microsoft’s whole package of IT solutions such as cloud, data solutions, productivity tools, artificial intelligence (AI), and customer relationship management (CRM) with advanced data security for startups, enterprises, developers, and education and government institutions.

Microsoft’s investment is the second-largest in the state with Amazon Web Services’ investment in data centers being the largest. This is Microsoft India’s fourth investment for establishing data center regions, with the previous three being in Pune, Mumbai, and Chennai.

“Microsoft and Telangana have a long and fruitful association and because of the contribution of companies like them and others, Telangana’s IT sector has emerged as the fastest growing in the country,” said Rama Rao.

“The upcoming data center will not just provide further impetus to the growing prowess of IT in the State, which has registered a growth of 9.5 per cent in 2020-21 period, but also lead to job creation,” he added while mentioning that the company could take advantage of the various programs run by the state government like the Telangana Academy for Skill and Knowledge (TASK) to hire skilled workforce.