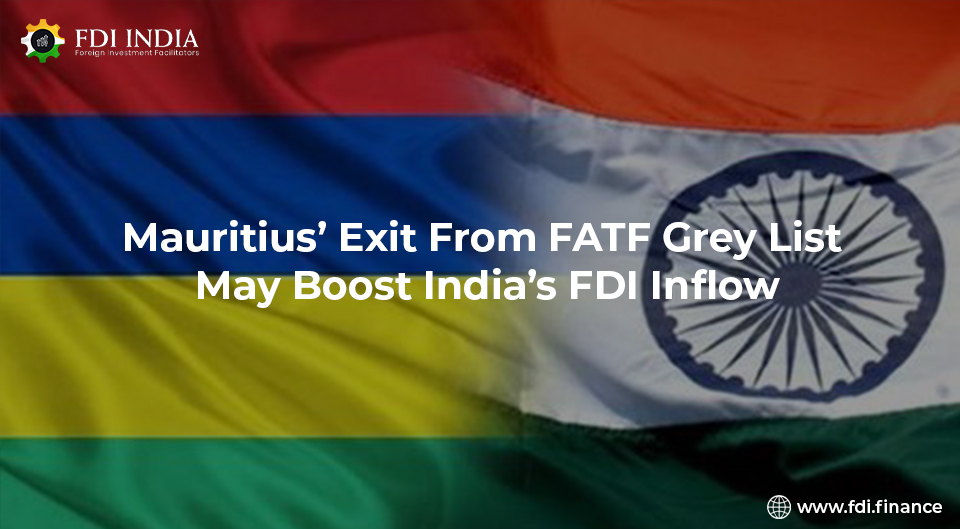 The Financial Action Task Force (FATF), the worldwide watchdog on money laundering and terrorism financing, has removed Mauritius off its 'grey list' of nations, which may result in more investment in India from the Island country.

According to the FATF's recent report, Mauritius has enhanced the effectiveness of its anti-money laundering and counter-terrorist financing processes and addressed related technical deficiencies in order to meet its commitments under its action plan to address strategic deficiencies identified by the FATF in February 2020.

As a result, it notified Mauritius that it is no longer subject to the FATF's enhanced monitoring regime.

Numerous analysts believe that this move would have an indirect effect on foreign investment from Mauritius to India.

"Foreign direct investment into India from Mauritius decreased during the fiscal year April 2020 to March 2021 as a result of Mauritius being exposed to heightened FATF surveillance.

This, however, could improve this year as a result of this recent move and the increased confidence of investors to invest in India from Mauritius," says Dhaval Jariwala, a Mumbai-based chartered accountant who represents several foreign funds.

Mauritius, which has historically been a major source of FDI, has lately lost ground to jurisdictions such as Singapore, Cayman Island, and others, partially as a result of an update to the tax treaty with India and also as a result of being placed on the FATF's grey list. Mauritius is scheduled to be added to the list in February 2020. Following its placement on the list, Mauritius' FDI inflow decreased from Rs 57,785 crore in 2019-20 to Rs 41,661 crore in 2020-21.

A nation with a poor anti-money laundering and counter-terror financing system is placed on the grey list, which entails heightened surveillance of financial flows into the country. This complicates and raises the costs of compliance for investors seeking to establish funds in these nations.

Rubina Toorawa, managing director of Sanne Mauritius, a Mauritius-based supplier of alternative asset and corporate administration services, believes that this is a proud time for Mauritius, given the economic implications of being on the grey list.