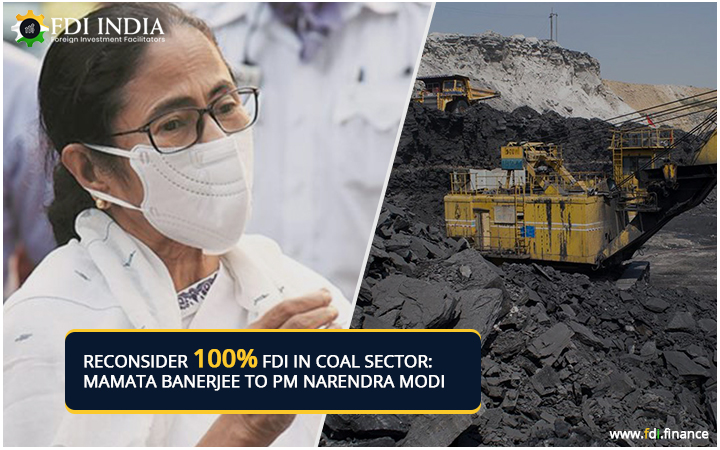 Mamata Banerjee Urges The Prime Minister To Reconsider Decision Of 100?I In Coal Sector

Mamata Banerjee Urges The Prime Minister To Reconsider Decision Of 100?I In Coal Sector

On Thursday, Mamata Banerjee wrote a letter to Narendra Modi asking him to reconsider his decision of allowing 100?I in the coal sector. In the letter she also requested him to intervene and also advises that the Ministry of Coal doesn’t wind up Coal India Ltd’s subordinate offices in Kolkata.

The Chief Minister also stated that the policy wouldn’t be lucrative in case of foreign direct investments nor it would bring in new technological advances. The empirical evidence and recent trends clearly show that the overall interest of global investors seems to be more in the renewable energy projects and less in the coal mining projects. She also added that research suggests about 100 global financial institutions have withdrawn their thermal coal investments, making FDI in thermal coal a very far fetch dream.

She stated that Eastern India comprises of almost 80 percent of coal which makes Coal India Limited a major central public sector undertaking with its headquarter in Kolkata. This recent decision of abruptly shifting the offices of subsidiary companies namely, BCCI (Bharat Coking Coal Ltd), Central Coalfields Limited (CCL), South Eastern Coalfields Ltd. (SECL) and Mahanadi Coalfields Ltd (MCL) from Kolkata to the headquarters in other areas, this will be extremely detrimental to the interests of stakeholders in the coal sector.

Around two weeks back, Mamata Banerjee wrote to Mr. Narender Modi, asking him to reconsider the decision of Electricity Amendment Bill 2020. With great concern she also requested him to reconsider, what she stated as an “anti-people bill”, claiming that the draft law is a threat to the federal structure of India.