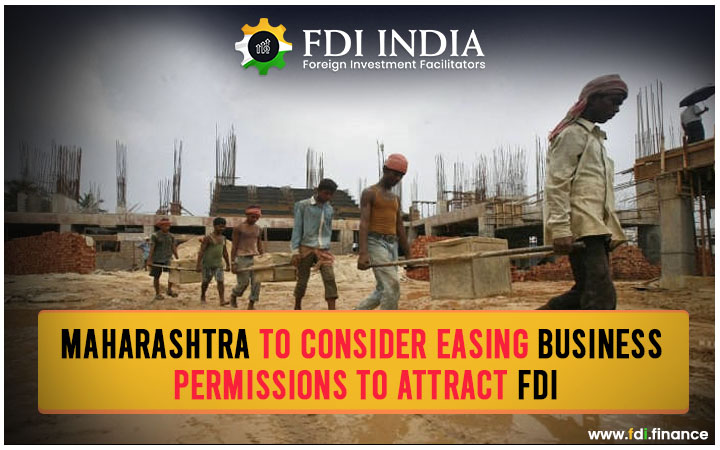 In a bid to boost business, Maharashtra is considering options apart from altering labour laws to attract foreign direct investments amid the ongoing COVID-19 pandemic. The state is looking to better its ease of doing business.

According to a news report by he Economic Times, among the ideas is the ‘mega permission’, which would take away the layers of clearances usually needed for businesses to penetrate the state’s market.

As per the state industry minister Subhash Desai, firms looking to invest in Maharashtra, form now onwards will receive a single 'mega permission’— which will include power, water and other requirements to invest in the state. Apart from this, the government is also deliberating over a financial package for industries.

Desai further added that The Labour Bureau was collecting data of skill gradation of workers (skilled, semi-skilled and unskilled) to address employment issues.

Senior IAS officer Bhushan Gagrani has been appointed as 'sherpa' to facilitate talks with industries for investment and issues. One of his major responsibilities will be attracting foreign direct investments from the United States, Germany, South Korea and Japan.

According to a source, non-polluting industries would be permitted to commence operations and clearances provided in due course. They added that labour amendments would not be considered as “we need a balance between industrial growth and labour reforms.”

Recently, other Indian states including Uttar Pradesh, Gujarat and Madhya Pradesh amended their state labour laws to allow companies flexibility to deal with the lockdown and labour issues.

The Central government of India is also making efforts to attract more foreign investments into the country in these trying times. The deadly coronavirus that first emerged in the Chinese city of Wuhan last December has pushed the world economy into a standstill as many countries have implemented full or partial lockdowns in a bid to contain the spread of the highly infectious virus.