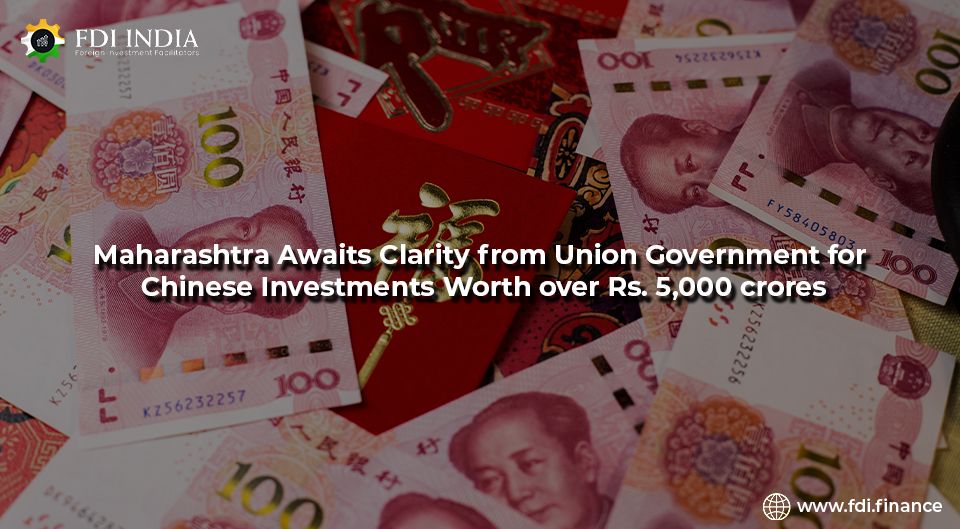 The Maharashtra government is still expecting a response from the Central government regarding the investment proposals to the tune of Rs. 5,000 crore signed with Chinese companies.

The projects were put on hold after the Galwan Valley troop clash between the two nations.

“The policy adopted by the state government back in 2020 over Chinese foreign direct investment (FDI) still stands because the matter is of international relations. However, we are yet to receive any communication or approval from the Centre,” said Subhash Desai, industries minister.

The Center amended the foreign direct investment (FDI) policy to make the Union government’s approval mandatory for FDI from countries that share its land border with India to curtail Chinese investments.

According to a press release from the Department for Promotion of Industry and Internal Trade (DPIIT) for April 18, 2020, the revised FDI policy seeks to “curb opportunistic takeovers/acquisitions of Indian companies due to the current COVID-19 pandemic.”

Two letters have been sent by Maharashtra’s industries department seeking clarity on the proposals that were approved before the government’s decision to amend the FDI rules.

Baldev Singh, additional chief secretary, Industries, had written to Guruprasad Mohaptra, secretary, DPIIT, in March 2021. A second letter was written to Amitabh Kant, CEO, Niti Aayog, by P. Anbalagan, CEO, Maharashtra Industries Development Corporation (MIDC), in September 2021. However, there has been no response from the Center yet, said officials.