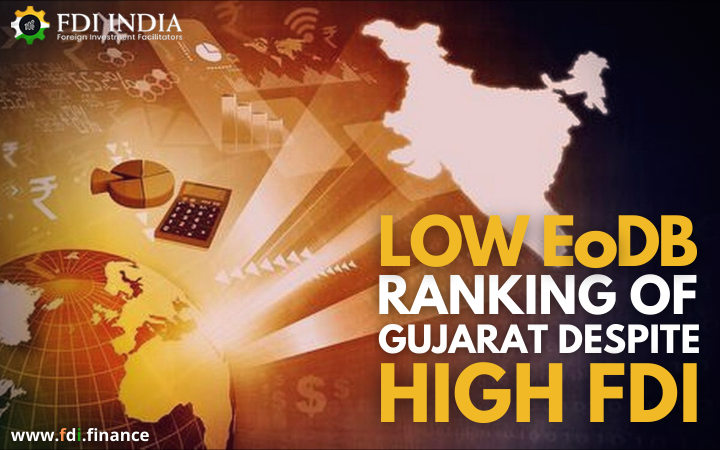 Protesters were raised by the Gujarat government on the poor ranking that is given to Gujarat on the ranking of Ease of Doing Business.

A video conference was conducted by Chief Minister Vijay Rupani with Union Commerce and Industry Minister Piyush Goyal in which the chief minister said that the major factors like FDI inflows and labor reforms were not included in the calculations for the ranking.

In the video conference, Gujarat's Chief Minister talked about the Union minister of the various reforms that have been carried out by the Gujarat government. He also said if during the calculation of the ranking if these all factors would have been noted then Gujarat would not have gotten the low ranking.

Sources said that "He also listed the reforms that have been made to boost MSMEs and other sectors. Testimonials by the top corporates, MSMEs, and FDI companies along with the authorized facts were also presented before the Union Minister."

"Gujarat has received 3.5 times more FDI in 2019-20 than the previous year, according to the latest data released by the department of promotion of industries and international trade of the Union government. The state received INR 42,976 crore FDI in 2019-20, which is eight times the FDI received by Karnataka, the state with the second-highest FDI inflows."

"Gujarat became the first state to allow all MSMEs to state operation without any approval for three years after establishment. According to the government of India's directions, we have also made significant labor reforms."

The source further added that the government cannot take into consideration the negative feedback that is gained in the time when the calls were not answered.

"Most people avoid responding to calls from unknown numbers. We have requested GoI to reconsider these fundamental facts, as other leading industrial states like Maharashtra, Tamil Nadu, and Karnataka have also scored lower because of the same faulty survey methodology."