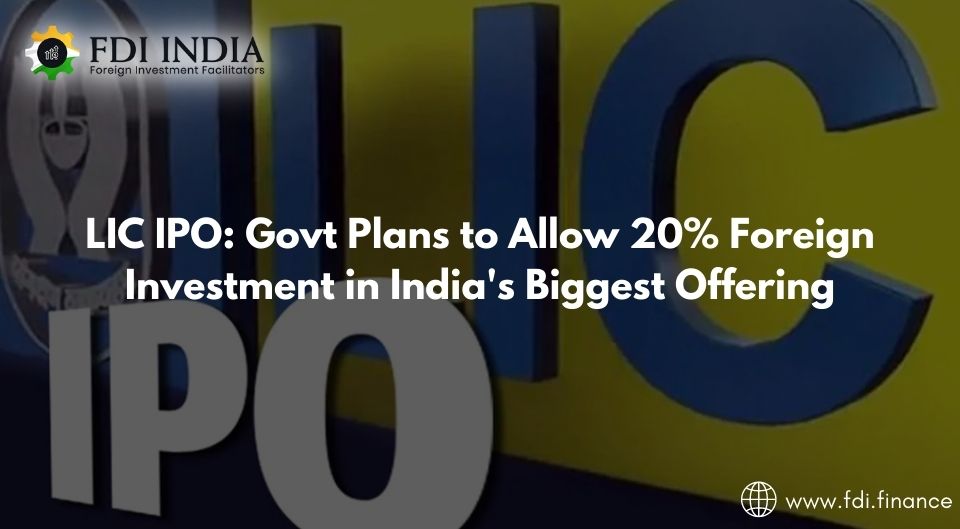 According to a source familiar with the situation, India is contemplating allowing foreign investors to hold up to 20% of Life Insurance Corporation, allowing them to participate in the country's largest initial public offering.

A proposal to change FDI regulations so that investors may buy a share without the government's permission via the so-called automatic route is being discussed, according to the source, who asked not to be named because the discussions are private. The idea would be discussed by government officials as early as Wednesday afternoon in New Delhi, according to the source.

A spokesperson for the finance ministry did not immediately return calls seeking comment.

As a result of the epidemic, Prime Minister Narendra Modi's administration is counting on funds from the state-run insurer's initial public offering (IPO) to fulfil its budget deficit goal for the fiscal year ending March 2022. While other Indian insurers are allowed up to 74 percent foreign direct investment, the restrictions do not apply to the LIC since it is an unique organisation established by an act of parliament.

The Reserve Bank of India defines FDI as a person or organisation from outside India purchasing a 10% or greater interest in a listed business, or any foreign investment in an unlisted company. As a result, LIC's FDI approval not only enables global investors to participate in the IPO, but it also allows for a substantial share acquisition following the IPO.

According to Bloomberg, the government is seeking a value of between 8 trillion and 10 trillion rupees ($134 billion) for LIC, and is contemplating a share sale of 5% to 10%, which could generate between 400 billion and 1 trillion rupees.