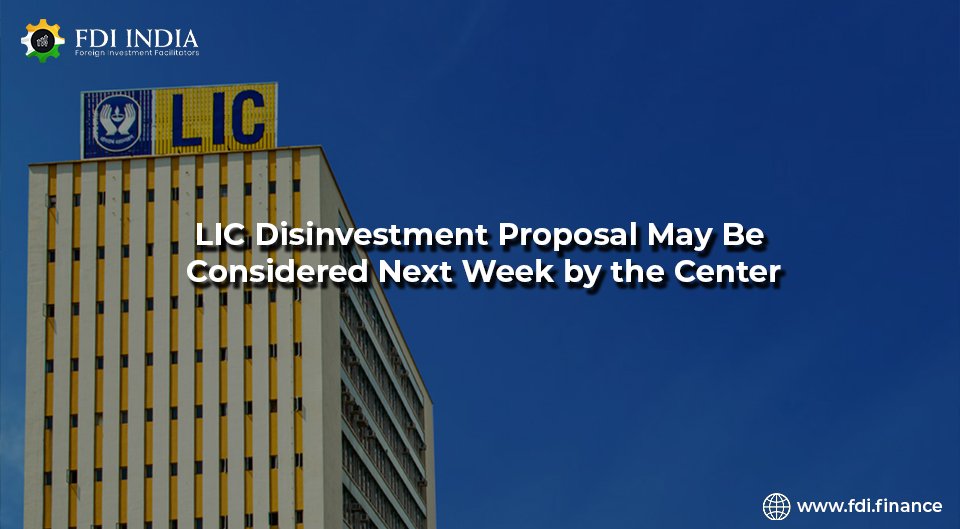 A senior government official has said that the Cabinet is expected to consider the proposal to allow foreign investment in the Life Insurance Corporation of India (LIC) in the upcoming week.

The proposal has been formulated to facilitate the initial public offering (IPO) of the country’s largest insurer. The approval is estimated to come by mid-February.

As per the current foreign direct investment (FDI) policy, up to 74?I is permitted in the insurance sector. However, these rules do not apply to LIC, which is administered under the LIC Act.

It is presumed that the government will allow up to 20% foreign investment in LIC after the proposal is approved. The IPO is expected to hit the market by the end of FY 2021-22.

“We don't expect much delays (for getting the approval) because everyone is on board,” said the government official. He also added that clearances from both insurance and market regulators are being expedited to ensure that there are no legal issues for the listing.

Industry secretary Anurag Jain had earlier said that the government was modifying the current FDI policy to enable LIC’s disinvestment since the LIC Act does not mention foreign investment. Additionally, only the Center can hold a stake of more than 5% in the company.

“Once the government makes the amendments, we will reach out to the insurance regulator, the Insurance Regulatory and Development Authority of India (IRDA), seeking requisite clearances,” said a senior LIC official. He added that the company would only file the draft red herring prospectus (DRHP) only after obtaining the regulator’s approval.

Tuhin Kanta Pandey, secretary at the Department of Investment and Public Asset Management, said that the government was optimistic about LIC’s DRHP being filed by early February and the IPO would arrive in this financial year.