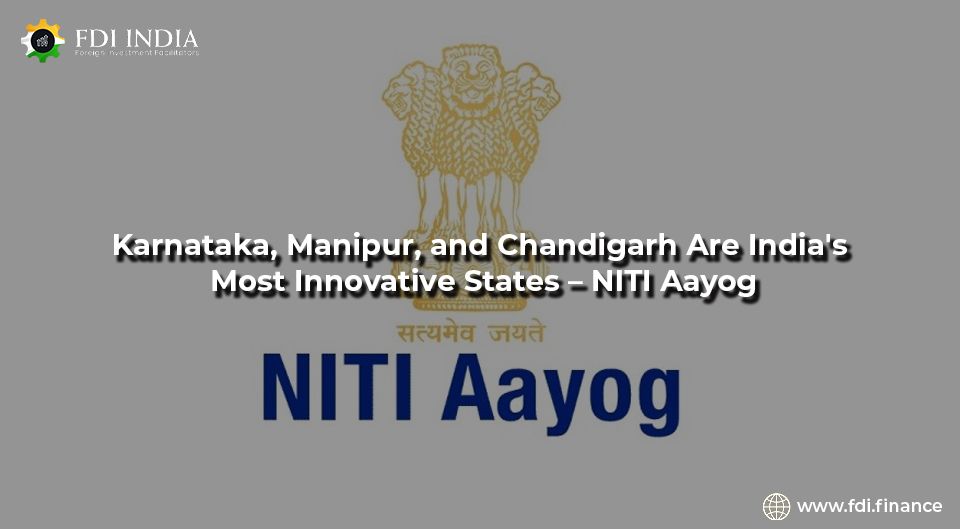 Karnataka, Manipur, and Chandigarh were the top three ranked states in this year's edition of the India Innovation Index. This ranking was determined by their innovation performance according to NITI Aayog Vice-Chairman Suman Bery who released the index while flanked by Dr. VK Saraswat, CEO Parameswaran Iyer, and Senior Adviser Neeraj Sinha.

Karnataka finished first in the Major States ranking and Manipur took home first place in the North East and the Hill States column. Chandigarh proved to be at the top of its game in Union Territories and City State rankings.

Karnataka's success has been largely due to its ability to attract foreign direct investment (FDI) as well as being noted for having a large number of Venture Capital Deals. Meanwhile, Chandigarh led the pack when it came to factors such as Knowledge Workers – while Delhi dominated Infrastructure & Electricity Services category. The India Innovation Index (III) prepared by NITI Aayog and the Institute for Competitiveness is a comprehensive tool for evaluating and developing the country's innovation ecosystem. It includes 66 indicators as opposed to 36 which were included in the index two years ago.

“Innovation is the key to sustainable and inclusive growth. It can help us solve the biggest challenges of our times: bringing millions out of poverty, generating livelihood opportunities, and paving the way for an Aatmanirbhar Bharat”, said Saraswat.

NITI Aayog will continue to monitor the state of innovation in India, reaffirmed Iyer. We work closely with the states and stakeholders, he further continued.