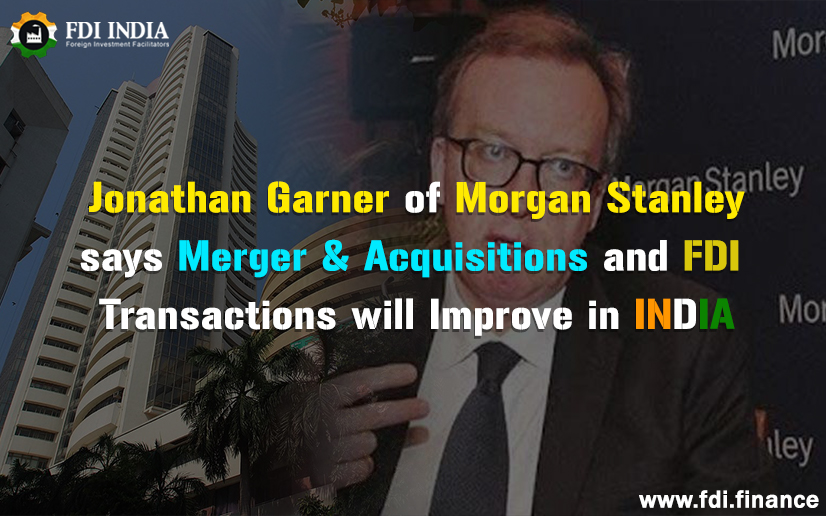 Chief Asia and EM fairness strategist at Morgan Stanley, Jonathan Garner spoke to CNBC-TV-18 about trends both in the international and domestic markets.

“We are overweight India and we are following the developments with some interest. It's our second top pick market amongst the 28 we cover after Brazil,” said Garner.

He also said that the rates are decreasing in India and that merger and acquisitions and foreign direct investment transactions will improve in the country.

Talking about India, he further said that relatively inflows to India are considerably higher as compared to trade dependent markets in North Asia like China, Taiwan and Korea.

“Sure, for positive this is not a great interval for rising market equities, mounted revenue or currencies and we have now seen the rupee weaken considerably however these defensive traits of the Indian market are coming to the entrance and its relative efficiency to different rising markets within the final 4-6 weeks has been fairly good”, he said.

When asked about expectations from the Indian government he said that he would put recapitalization of public sector undertakings (PSU’s) at the top of the list. He said, “We know that Rs 700 billion has already been approved in the budget, but we have been arguing for some time that more urgency is needed on that.

"We want to see clarification about the taxation of inward foreign direct investment and also foreign portfolio investment. We would like to see some strategic divestments of public sector companies and maybe India could conclude a trade deal with the US taking perhaps an advantage of much more difficult relationship that the US has with China."

He also said that a lot can be done to help stabilize foreign portfolio flows at the start of the second term like continued rationalization of goods and service tax (GTST) rates and new direct tax code to streamline direct taxes, and prioritizing of infrastructure spending.

Jonathan Garner said that they have a target of 45,000 for the Sensex.