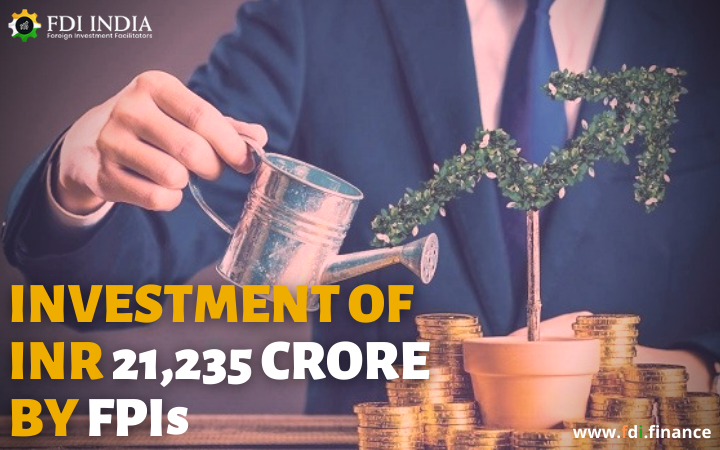 FPIs were the net buyers in June with the investment of INR 21,235 crores and before this, for three consecutive months, the foreign investors were the net sellers. This was done in the middle of a surge in liquidity and slowly opening of the economy after the three-month selling streak in June.

Foreign investors had withdrawn INR 7,366 crore in May and INR 15,403 crore in April and INR 1.1 lakh crore in March. The total net investments were done of INR 21, 235 crores in June in which the FPIs have invested INR 22, 893 crores into equities, and pulled out INR 1,658 crore in accordance with the data given by depositors.

"FPIs are increasing their investments in small- and mid-cap stocks that they were already investing in for over a year now," said Harsh Jain, co-founder, and chief operating officer at Groww, said.

According to Harsh Jain, India has been the best-performing equity market in the previous months and this has been creating a positive impact in making India an attractive investment destination.

He further added that the country has performed well in the ongoing battle with COVID-19 and the contact tracing of the patient which is also assisting in the economy to go back up and running.

"Currently, the valuations are still compressed and equities are attractively priced, which is a good buying opportunity. With a relatively long-term investment horizon, Indian equities could be a good investment option for FPIs especially once the COVID-19 crisis is resolved and the current market trend reverses," Himanshu Srivastava, associate director-manager research at Morningstar India, said.

He further added that the surge in liquidity in the global market will be making its way in developing marketing and these benefits will also be reaped by India. He said that the financial markets of India will be witnessing a rotational trend in the case of foreign flows.

There is a high expectation of sharp net inflows and an outflow by FPIs in financial marketing also it depends on their variating opinions and global trends.

Himanshu Srivastava said, "Globally, the scenario is evolving and there are multiple factors that are dictating the direction of foreign flows." While the challenges with respect to rising COVID-19 cases and recovery of economic growth remain in India, he said there are certain technical factors that ensure the continuity of foreign flows into the country from time to time