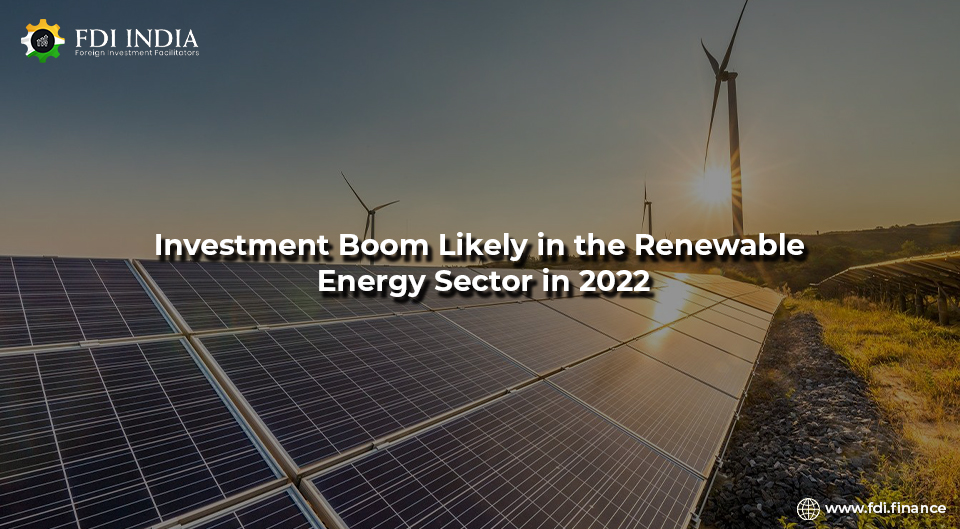 As the world recovers from yet another challenging year, India’s renewable energy sector is expected to get a massive capital push of more than $15 billion in the upcoming year.

The government is working to realize this target as it turns its attention on electric vehicles, solar equipment manufacturing, green hydrogen, and achieving the 175 GW renewable capacity target.

India currently has an installed renewable generation capacity of slightly more than 150 GW and is looking to reach 175 GW during the following year. The total renewable energy production would have four components – 100 GW from solar, 60 GW from wind, 10 GW from biomass fuel-generated power, and 5 GW from small hydropower projects.

“In 2022, we expect the investment in renewable energy to cross at least $15 billion,” said R. K. Singh, Union Minister for Power and New and Renewable Energy.

As per the Department for Promotion of Industry and Industrial Trade (DPIIT) data, India’s renewable energy sector received close to $7.27 billion in foreign direct investment (FDI) from 2014-15 till June 2021. Around $797.21 million of the total FDI amount came in 2020-21.

“We have also opened the gates for installation of RE (renewable energy) and selling it through open access. So now, anybody can set up RE capacity and sell it wherever it wants,” said Mr. Singh about the measures for boosting investments in the renewable energy segment.

Prime Minister Narendra Modi announced the National Hydrogen Mission in this year’s Independence Day speech. The aim is to convert India into a global hub for green hydrogen production and exports. The draft document for the mission is under inter-ministerial consultations at the moment.

India Can Rope in $813 billion in Revenue from Agriculture and Related Sectors by 2030: Report