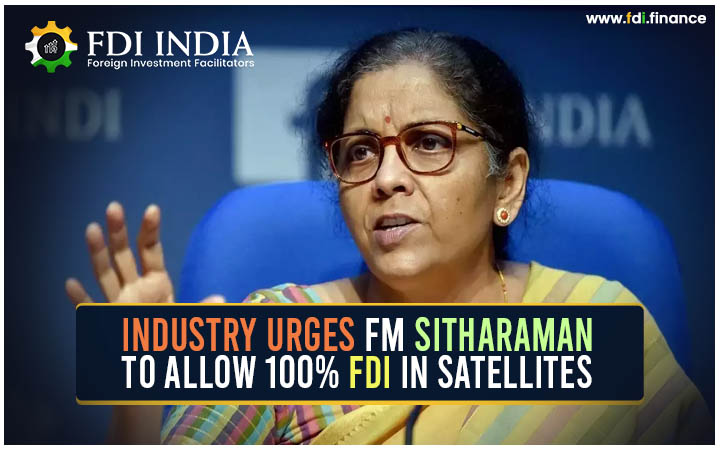 Industry Urges FM Sitharaman to Allow 100?I in Satellites

Industry Urges FM Sitharaman to Allow 100?I in Satellites

Global satellite builders and communications service providers are urging finance minister Nirmala Sitharaman to permit 100 per cent foreign direct investment (FDI) vida the automatic route of approval in a bid to attract billions of dollars into the space/satellite broadband sectors from the likes of Amazon, Elon Musk’s rocket engine maker SpaceX, Hughes and Telesat, among others.

As of now, all FDI proposals in the satellites space arena are screened by the Department of Space (DoS) and its internal panel, the Committee for Authorisation of Indian Satellite Systems, a scenario that has held up big-ticket FDI proposals for years, according to experts.

“The commercial satellite broadband segment is attracting billions of dollars across the globe from companies like SpaceX, Amazon, Hughes, Inmarsat, Telesat and Viasat, and to attract this investment into India, we recommend 100?I be allowed under the automatic route,” said TV Ramachandran, president, Broadband India Forum (BIF), in a May 28 letter to Sitharaman.

Ramchandran said, “Though (India’s) existing policy allows 100?I in satellites, for both establishment and operation, subject to government approval, no one has been permitted so far.” reported ET.