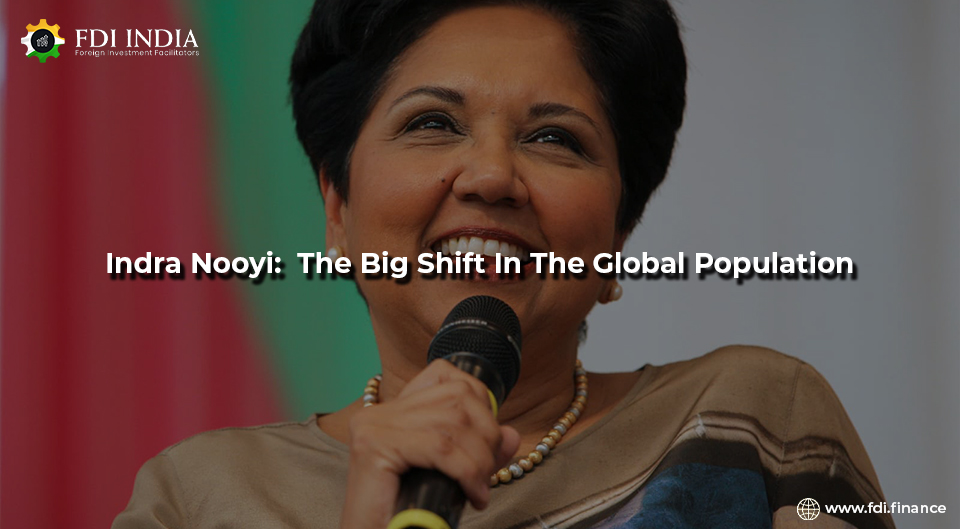 Indra Nooyi, PepsiCo's chief executive, has said that the population of Asia and Africa is booming and that the key challenge is to tackle global inequity.

The population in Asia and Africa is expanding rapidly. This has led to a growth in consumption of animal proteins. This has increased the demand for animal protein and, hence, viruses and epidemics; climate change; an aging population in much of the world; the dizzying pace of technology advancement: These are the five mega trends the world is set to see.

“So if the world is going to be over 9 billion people by 2030-2035 over 7 billion are going to be in Asia and Africa but if you look at the percentage of GDP it’s going to be mismatched. So we have to really worry about Asia and Africa not just growing in population but also…how are those regions going to increase their wealth because otherwise it will lead to massive global inequity,” Nooyi said at The Indian Express e-Adda Thursday.

Nooyi said "The big challenge for us as a global community is how to share the prosperity," she said. "How do we share it more evenly? How do we make sure there is enough food for everybody?"

The growth of the global protein market is mainly driven by increasing population and higher protein consumption. The growing demand for animal-based proteins will also boost the growth of this market in the coming years.

She also said that India has to decide which sectors it wants to open to Foreign Direct Investment and provide policy certainty as investors are frustrated with sudden changes in rules. In recent years, the Centre has tightened FDI rules in the e-commerce space, and also amended rules to require prior government approval for any FDI from countries sharing land borders with India.