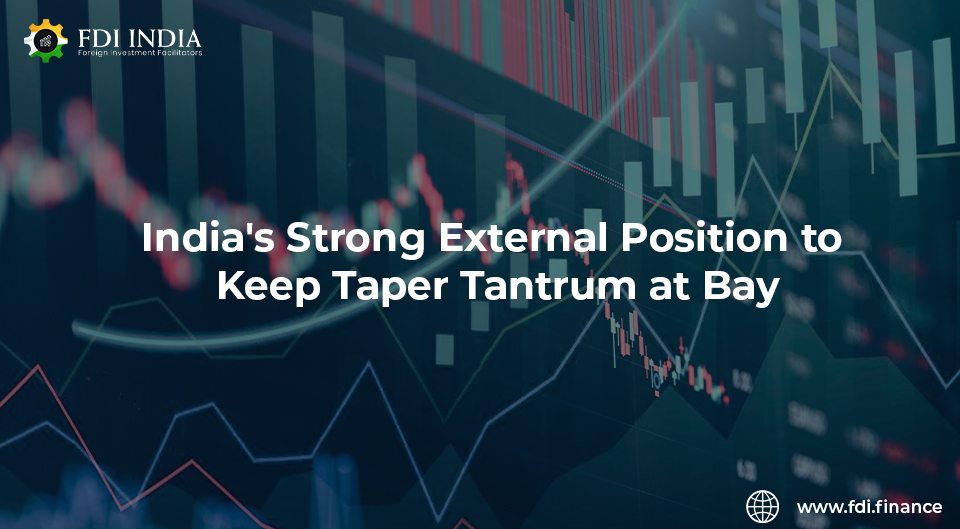 Since the FOMC minutes were released last Tuesday, when the Fed was more outspoken about the taper-Bond buyback, foreign investors have remained net investors in Indian markets. Even when global prices rise, several data indicators such as the armoury country's currency reserves and import cover of reserves are considerably better than they were during the 2013 taper tantrum. As a result, taper tantrums would be avoided.

Since the FOMC meeting on October 12, foreign portfolio investors have invested a total of $273 million in a variety of securities, including equities, debt, voluntary retention route (VRR), and hybrids, according to NSDL statistics.

Moreover, despite concerns that investors may withdraw from developing economies, including India, India's external sector indicators are stronger today than they were during the 2013 taper tantrum, which prompted the central bank to use extraordinary measures to raise dollars.

"We were part of the fragile five in 2013, but we are not in that situation today," former RBI governor Subbarao remarked at a Crisil event last week. "The current account deficit was significant at the time. It is now modest and completely funded by steady flows. The rupee is not under any strain." In 2013, the current account deficit reached one of its all-time highs of 4.8 percent of GDP, before narrowing to a small surplus of 0.9 percent of GDP in March 2021.

"On the one hand, a well-contained CAD and overall BoP surplus, and record high FX reserves and extremely comfortable import cover on the other, taper tantrums should be avoided," said Astha Gudwani, economist at BofA Securities.

"This time, we believe the effect of the Fed taper would be more muted for India." With $300 billion in currency reserves, import cover of reserves was at a seven-month low in 2013. India now has a considerably better external position, with FY22 CAD expected to be 1.3 percent of GDP and RBI's currency reserves at a record high of $640 billion, enough to fund imports for 13 months. According to a research report by BofA Securities, forex reserves as a proportion of GDP are currently at 22 percent, up from 15 percent in 2013.

Despite lower FPI inflows and stable FDI, the capital account surplus is projected to increase in FY22 as other sub-components perform better than in FY21, according to the report. Despite increasing global oil and commodity prices, which would put pressure on trade and current account deficits, India's external situation is much stronger than in 2013, thus a possible Fed taper is unlikely to impose severe and persistent pressure on the rupee.