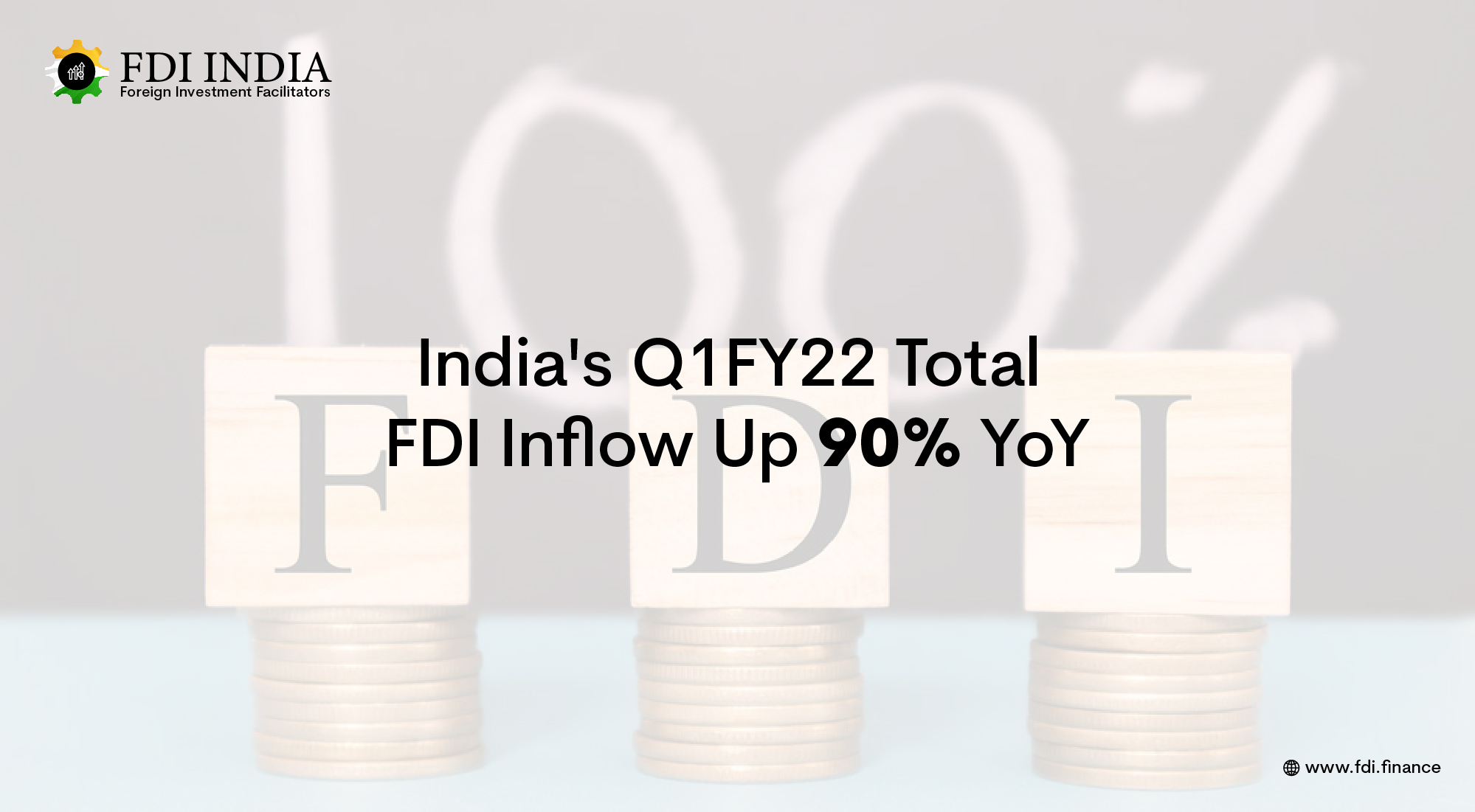 On a year-over-year basis, India's overall FDI inflow increased by 90% in the first quarter of the 2021-22 fiscal year.

"During the first three months of FY 2021-22, the automotive industry emerged as the top sector, accounting for 27% of total FDI equity inflow, followed by computer software and hardware (17%) and the services sector (11%)," the Ministry of Commerce and Industry said in a statement.

"The bulk of FDI equity inflow (88%) in the automotive sector was recorded in the state of Karnataka during the first three months of the current financial year," it said.

In addition, the ministry said that Karnataka was the leading recipient state for FDI equity inflows during the period under review, accounting for 48 percent of total FDI equity inflows, followed by Maharashtra (23%), and Delhi (2%). (11 per cent).