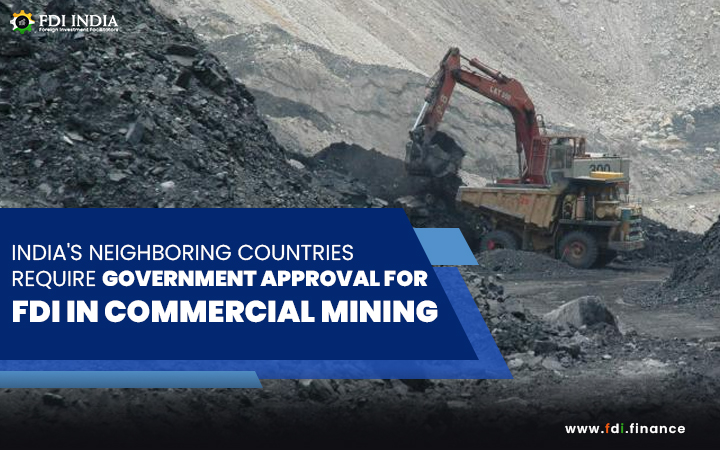 The government of India has made it clear that government approval would be required for the foreign direct investments that will be coming into the commercial coal mining from the investors/companies belonging to a neighboring country of India.

The coal ministry said "This is with reference to the ongoing auction process of coal mines for commercial coal mining...It is further clarified that any FDI (foreign direct investment) in commercial coal mining is subject to applicable laws including the Press Note 3 of 2020 issued by the Central Government"

The Press Note 3 of 2020 mentions "an entity of a country, which shares a land border with India or where the beneficial owner of investment into India is situated in or is a citizen of any such country, can invest only under the Government route".

The state further states that a citizen or organization of the neighboring countries can invest in India only under the government route in sector/activities other than defence, space, atomic energy, and sector/activities which are prohibited for foreign investment.

A corrigendum to the tender document has also been released in reference to this matter.

The amendment in the Foreign Direct Investment Policy, 2017 was done consulted by the Press Note 4 of 2019 by the Government of India, which permitted 100?I through automatic route in coal mining including associated processing infrastructure, for sale of coal, subject to the provisions of Coal Mines (Special Provisions) Act, 2015 and the Mines and Minerals (Development and Regulation) Act, 1957 and other relevant Acts on the subject.

The tender document states "The Press Note 4 of 2019, issued by the Central Government, amended FDI policy 2017, to permit 100?I under automatic route in coal mining activities, including associated processing infrastructure subject to the act and other applicable laws, for sale of coal."

Also, FDI in commercial coal mining will be according to the laws including the Press Note 3 of 2020.

The auction process of coal blocks for commercial mining was launched by the honorable Prime Minister Narendra Modi in June.