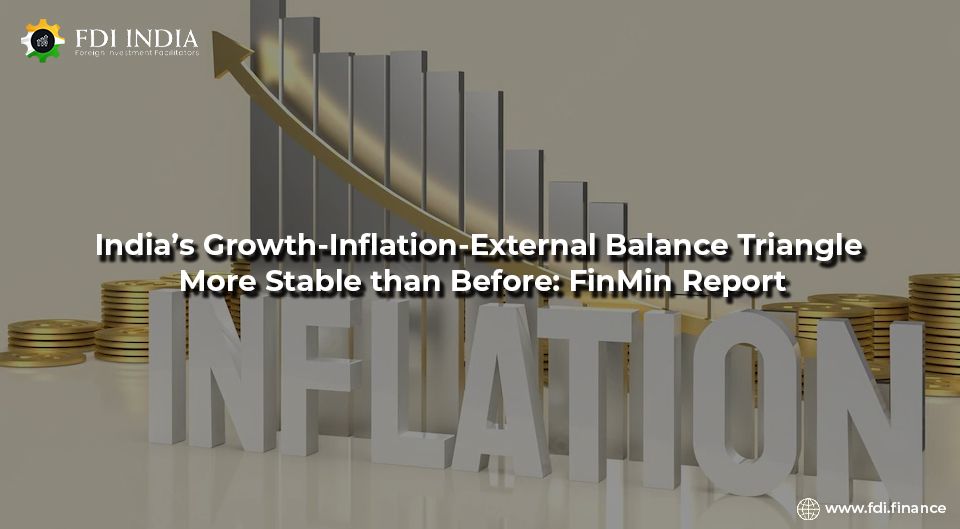 The finance ministry’s monthly economic review reports that India is better placed on the growth-inflation-external balance triangle for the financial year 2022-23 than it was a couple of months ago. This has been possible due to the government’s policy response and the Reserve Bank of India’s (RBI) monetary policy measures.

Regarding the price situation, the review said that if there are no further surprises, the downfall of global commodity prices along with the RBI’s monetary actions and the government’s financial policies are predicted to cap the inflationary stress factors in the near future.

Reducing inflationary pressures is one of the most critical areas that require the Center’s attention since the prices of essential raw materials such as iron ore, tin, and copper that are integral to the domestic manufacturing process have globally slid in July 2022.

Headline retail inflation slightly reduced to 6.7 percent in July 2022 from 7.01 percent in the previous month.

The IMF predicts that India’s economy is poised to grow at a robust rate of 7.4 percent in FY2022-23 despite global headwinds, which is the highest among the world’s major economies. The RBI has anticipated a growth rate of 7.2 percent for the ongoing financial year.

The report further said that the Index of Industrial Production (IIP) and eight principal industries signal the strengthening of industrial activity. On the other hand, the PMI (Purchasing Managers’ Index) Manufacturing reached an 8-month high in July with significant gains in the growth of new business and output.

The report also mentioned that the global investor confidence in India’s economic ecosystem is high and is further supported by solid net foreign direct investment (FDI) inflows in the first quarter of FY22 at $13.6 billion compared to an influx of $11.6 billion during the corresponding period in the previous fiscal.

India’s growth outlook for FY2022-23 may be lower than the projections made before the Ukraine-Russia conflict in Europe, which has caused a sharp increase in the prices of crude oil and essential commodities. However, India’s growth prospects are still positive and comfortably high, confirming a recovery in economic growth from the contraction caused by the COVID-19 pandemic.