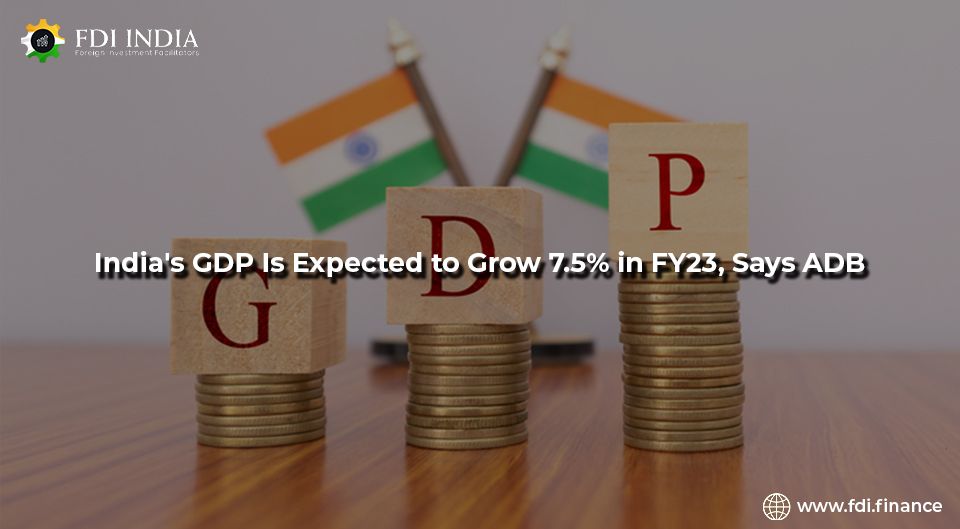 According to the ADB's latest report, India has one of the brightest economic outlooks in Asia. The economy is expected to grow 7.5% in FY23 and 8% in FY24, supported by increased public investment in infrastructure and a pickup in private investment. The GDP for FY22 is estimated to have grown 8.9%.

According to a report published today by the Manila-based Asian Development Bank [5], the Indian economy has been projected to grow 7.3% in FY23 with risks including high oil prices, monetary policy tightening by the US Federal Reserve, new variants of avian influenza, and the worsening impact of trade protectionism. The ADB's estimate is in line with two independent Indian estimates released earlier regarding growth for this fiscal year. One was issued on January 1st by India Ratings which projected growth at 7.1%, while another was published on March 8th by ICRA, which expects it at 7.2%. On Wednesday, India's business chamber FICCI stated that it expects GDP to grow between 7.4-7.5%.

"Oil price increases will exert upward pressure on prices, but the impact on inflation will be moderated by fuel subsidies and oil refineries stocking up on cheap crude from the Russian Federation," the ADB said.

Consumer Inflation will be observed on average at 5.8% for New Year 23 and 5% for New Year 24, within the Reserve Bank of India's target range. Since we are dealing with political uncertainties abroad, monetary policy will remain accommodative to maintain economic growth. The bank strives to keep the policy interest rate unchanged but might face difficulties as the central banking system throughout the world is changing while oil prices begin to rise again after a period of decline.

In the report, the IMF concluded that Australia would likely feel the effects of a global downturn before most countries. Still, it won't feel severe on account of its stable economy and good relations with its trading partners.