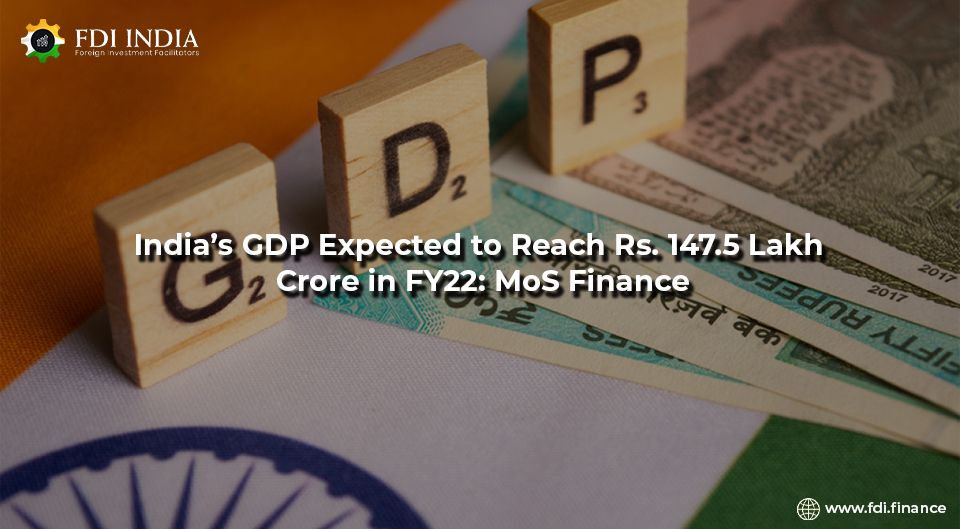 Minister of State for Finance Pankaj Chaudhary said that India’s gross domestic product (GDP) is projected to grow at 9.2 percent to an estimated figure of Rs. 147.5 lakh crore in FY 2021-22.

Replying to a query in the Lok Sabha, he said that the government has made higher investment and GDP growth possible in the past few years by executing several significant reforms.

He said that the government provided a safety net to the vulnerable sections of the society and implemented many structural reforms to boost private sector investment as part of its response to the pandemic during FY 2020-21.

The major reforms include a new PSU policy, higher FDI limits in the defense and space sector, commercialization of coal mining, changing the definition of MSMEs, and the development of the Land Bank and Industrial Information System.

He also mentioned other measures like a new tariff policy, providing incentives to states to undertake sector reforms, and revamping the viability gap funding scheme for social infrastructure.

He also added that the Emergency Credit Line Guarantee Scheme (ECLGS) was launched to provide collateral-free loans for businesses in various sectors affected by the pandemic.

In this year’s Union Budget, the total capital expenditure outlay witnessed an increase of 35.4 percent compared to the previous year.

The Budget further announced the universalization of quality education and establishment of a digital university for human capital formation, promotion of exports, reforms under Ease of Doing Business 2.0, development in urban areas, and extension of ECLGS by Rs. 50,000 crore to Rs. 5 lakh crore.