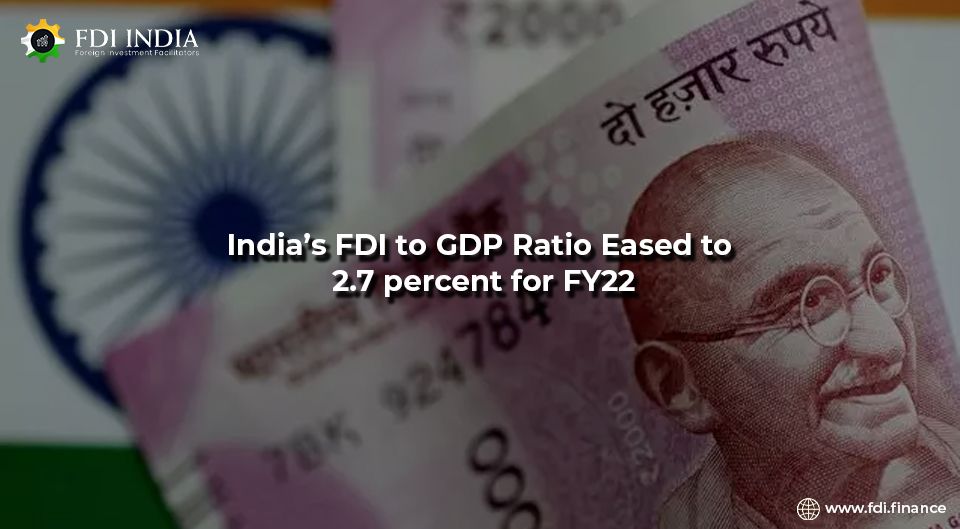 The government has reduced India’s foreign direct investment (FDI) to gross domestic product (GDP) ratio to 2.7% for the financial year ending March 31, 2022, from 3.1% in the previous fiscal.

The FDI to GDP ratio is a metric that compares a country’s fund inflows and gross domestic product. Minister of Commerce and Industry Som Parkash informed the Lok Sabha, citing government data, that the ratio stood at 2.3% in FY18.

In reply to a question asking if it was true that the union government could not achieve its foreign direct investments target, the minister replied that the government does not fix the targets for FDI inflows as it is mainly dependent on commercial business deals.

“FDI inflows into a country depend on a host of factors such as availability of natural resources, market size, infrastructure, political and general investment climate as well as the macro-economic stability and investment decision of foreign investors,” said the minister.

In recent years, the government has implemented measures and reforms to make the business ecosystem investor-friendly. Most sectors, except a few strategically important sectors, were opened up for up to 100?I under the automatic route.

“Changes are made in the policy after having consultations with stakeholders, including apex industry chambers, associations, representatives of industries/groups, and other organizations. In the recent past, reforms in the FDI policy have been undertaken in sectors such as Insurance, Petroleum & Natural Gas, and Telecom,” Mr. Parkash further said.

In the insurance sector, the upper limit for FDI is 74%, increased from 49% through the Insurance Amendment Bill 2021. Coming to the telecom sector, the government allowed up to 100?I through the automatic route.