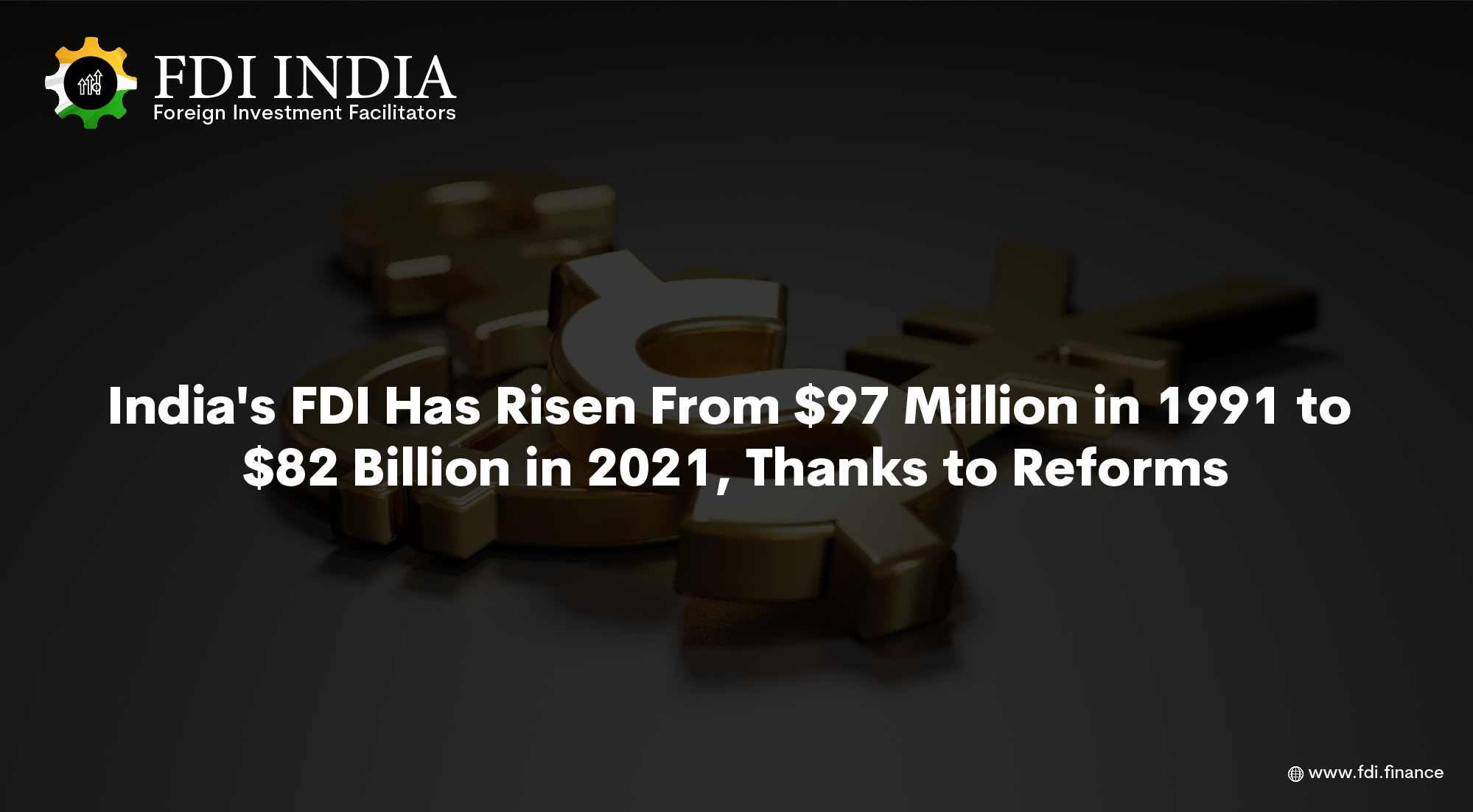 Benin, Trinidad & Tobago, Costa Rica, and Pakistan were among the 64 nations in 1991 that got more FDI than India.

However, according to data from the United Nations Conference on Trade and Development, India became the world's fifth-largest beneficiary of FDI by 2020.

So, what has changed in India in the last three decades to make it an attractive long-term foreign investment destination? While opening various industries to foreign direct investment has been a long process spanning many governments, the FDI reforms implemented as part of the 1991 reforms played a significant role in establishing the government's intention to encourage international investment.

After 1991, India attempted to encourage foreign direct investment, which was seen as a more stable type of capital.

NOT AN EASY PATH

The 1991 industrial policy abolished the 40?p on foreign equity investment. It also gave the Reserve Bank of India the power to provide 'automatic permission' to up to 51% foreign equity participation in more than 30 industries. Over time, the list became longer and longer.

It was not, however, an easy journey.

The loosening of FDI restrictions was met with vehement resistance from Left vocal groups and even Congress party leaders. The government has been accused of giving in to the International Monetary Fund's demands.

Even prominent Indian business leaders were concerned about the impact of FDI on their operations. So they wrote to the then-finance minister, Manmohan Singh, asking for a level playing field before allowing FDI or imports into India.

There were other issues as well. Foreign investors who were willing to invest in India faced many issues importing basic materials of their needs, and the Indian government didn't pay attention to it.

Over the years, FDI into India has increased dramatically. However, in the seven years since Narendra Modi took office, FDI inflows have been at an all-time high.

Even if you look at current FDI inflows, while overall FDI inflows have increased, there is a composition issue," he added. "As numerous tax havens are the primary source of FDI inflows, the data suggests there may be a lot of round-tripping going on. There have also been multiple takeovers and stock sales. So how much money is invested in Greenfield projects and expanding capacity?

FDI data shows that whereas India had unprecedented FDI inflows in 2020-21 despite it being a pandemic year, most of the FDI poured into one business — Reliance Industries' Jio Platforms.