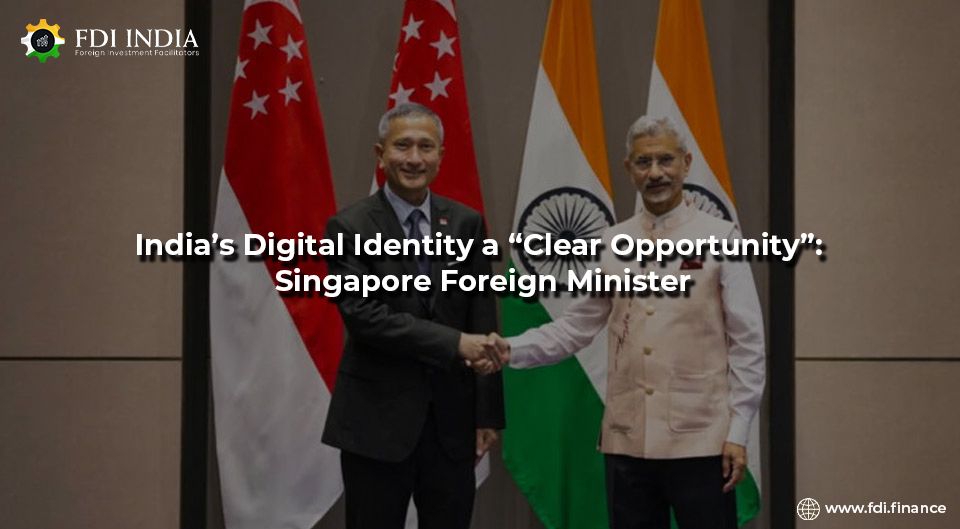 Singapore Foreign Minister Vivian Balakrishnan has lauded India for its digital identity and payment systems. He said that it is a “clear opportunity” for Singapore.

After his meeting with Union External Affairs Minister S. Jaishankar in Cambodia, Balakrishnan said in a statement that there are two areas of focus: India’s strengths and economic integration.

“India has certain strengths - FinTech, digital finance, digital inclusion, and what they have done with digital identity and payment systems is a clear opportunity for us,” Balakrishnan said.

“In Singapore, of course, we have all those systems as well, but for the rest of Southeast Asia, to explore how we can interconnect our payment systems, our financial systems, in order to facilitate payments and expand opportunities for small businesses across the subcontinent and across into Southeast Asia,” the Foreign Minister added.

Singapore is sixth on the list of India’s largest trade partners for FY2020-21. The country had a share of 3.2 percent of India’s overall trade. For the period April-September 2021, bilateral trade between the two nations stood at $14.2 billion.

Balakrishnan further stated, “We are reviewing the ASEAN-India Trade in Goods Agreement to facilitate trade to facilitate customs clearance and to reduce the friction for the movement of goods between the Indian subcontinent and Southeast Asia. We have got quite a lot of work there.”

In 2020-21, bilateral trade between India and Singapore reached $21.98 billion. The cumulative FDI (foreign direct investment) inflows from Singapore to India between April 2000 and June 2021 were at $118.39 billion. This amounts to 22 percent of the total FDI inflows into India.

Singapore was the largest source of FDI in India continuously for FY18, FY19 and FY20.

Balakrishnan has had a couple of meetings with Jaishankar in the past two months and said there would be more meetings.

Relations between the two countries are based on shared values, avenues of economic growth, and similar interests on critical issues. India and Singapore have regular political engagement, a robust relationship in the defense sector, and rapidly rising technological and economic relations.