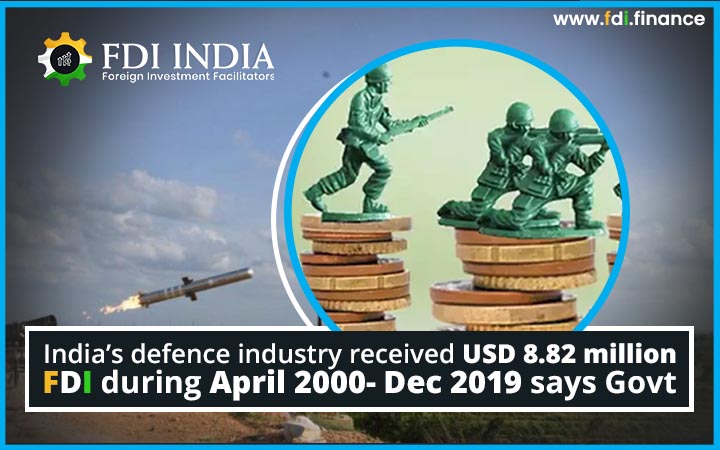 The Parliament was informed that the defence industry of India received USD 8.82 million (equivalent to Rs 51.93 crore) foreign direct investment (FDI) during April 2000 and December 2019.

FDI in this sector was collected at USD 2.18 million in the year 2018-19. The figures were provided by Piyush Goyal, the Commerce and Industry Minister in a written reply to Lok Sabha.

The data further showed that the FDI in retail trading is at USD 2 billion during April 2000 and December 2019. Singapore, Japan, the United States, Netherlands and Mauritius were among the top countries from where India attracted maximum foreign fund inflows.

The minister then informed that remedial measures for trade were taken against 89 products like Flax yarn, electrical insulators and EVA sheets. In a similar way, six countervailing measures and one safeguard step has been taken against the neighboring country of China.