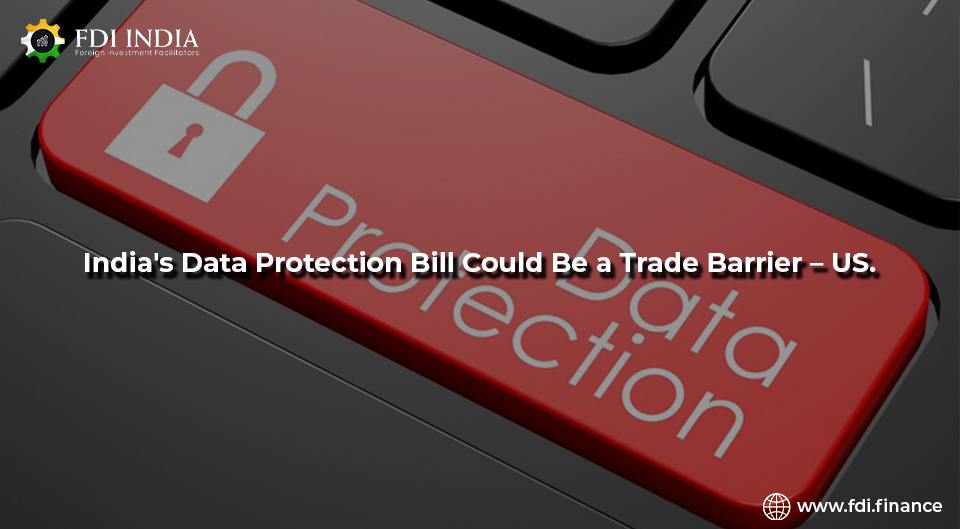 India's Data Protection Bill Could Be a Trade Barrier – US.

India's Data Protection Bill Could Be a Trade Barrier – US.

It also raises serious concerns over the proposed and promulgated restrictive data policies in India and cites them as 'Digital Trade Barriers.

This refers to a crucial bill that the Indian government is currently working on - the data protection bill. The report feels that India's data localization requirements could serve as significant barriers to digital trade between the United States and India, impacting a wide range of bilateral goods and services. It also finds that India's conditions for transferring technologies that might be used for surveillance purposes is overly restrictive, noting that "the draft Bill requires foreign entities seeking to transfer any software or hardware used in law enforcement or intelligence gathering programs without an Indian office/presence or an Indian citizen as senior officer to submit a pre-transfer security assessment report to a designated agency."

However, a recent report states that "Without legislation which specifically addresses trade secret theft, firms may be precluded from taking legal recourse in the event of sensitive information being misappropriated. These requirements would undermine the ability of foreign firms to supply many goods and services to Indian consumers cross-border and would not increase the protection of personal information".

The Department of Information Technology and Communications (DICT) released a statement encouraging the House of Representatives to re-insert provisions from the data privacy bill that was passed by the Senate. The DICT holds that protections for consumers need to be enhanced and strengthened, citing yesterday's reports about the alleged leakage of personal information about 1.3 million Filipinos who used Facebook as an example.

According to data from the Non-Personal Data Governance Framework released by the Committee of Experts, if it were to be implemented, the process would impose an excess of administrative obligations on domestic and foreign firms as well. Furthermore, these "mandatory" data-sharing requirements could affect issues such as copyrighted content, patents, and trade secrets.

Over the last few months, the Data Protection Bill and the JPC's recommendations have been criticized by the industry in light of the possible adverse impact on the ease/cost of doing business in India. Industry bodies have voiced their concerns over increased compliances with India's domestic start-up ecosystem, overall global competitiveness, and FDI.