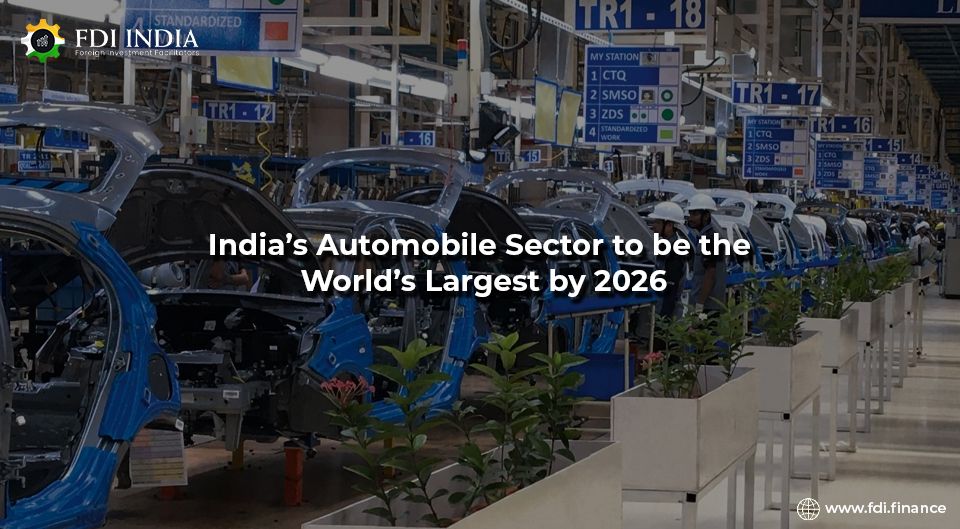 A report by Invest India, India’s national investment promotion and facilitation agency, anticipates that the Indian automotive industry will reach approximately $300 billion and become the world’s third-largest automotive market by 2026. The report further states that the export of auto components from India is on track for a five-fold increase in the coming decade.

The report titled “Leveraging the India-UK opportunity towards a stronger legacy” highlights that the automotive sector is one of the critical sectors of collaboration between the economies of India and the UK. Other sectors identified by the report as the ones with a high potential for bilateral growth are financial services, textiles, chemicals and pharmaceuticals, electronic systems and design manufacturing (ESDM), food processing, defense and aerospace, and renewable energy, etc.

“BFSI and fintech have been a key sector of investment for the U.K. and India with various bilateral institutional partnerships in this segment such as the India-U.K. Financial Partnership, Financial Markets Dialogue, Joint Working Group on Fintech,” said the report.

“The Indian government has also taken several investment policy measures (relaxation of FDI in insurance to 74% in 2021, relaxation of FDI in insurance intermediaries to 100%) to invite greater participation in this promising sector,” the report further added, highlighting the fact that both India and the UK have a firmly established financial services ecosystem and are two of the leading countries in the adoption of fintech.

The report also puts the spotlight on the fact that it is a golden opportunity for UK investors to invest in India by looking at the scale and speed at which India is forming and expanding its social and physical infrastructure.

“While we are constructing 27 kilometers of highways every day (among the highest rates globally), we are also home to the world’s largest health assurance scheme, the Ayushman Bharat. Our indigenous Unified Payments Interface (UPI) has recorded the highest volume of digital payments in the world – over 5.95 billion of them just in May 2022, amounting to a value of nearly $128 billion. The multiplier impact of such large-scale developments provides a solid bedrock for deeper bilateral ties between our countries. We are currently a $3 trillion economy, the fifth largest in the world, actively working towards becoming a $5 trillion economy by 2026,” the report further added.