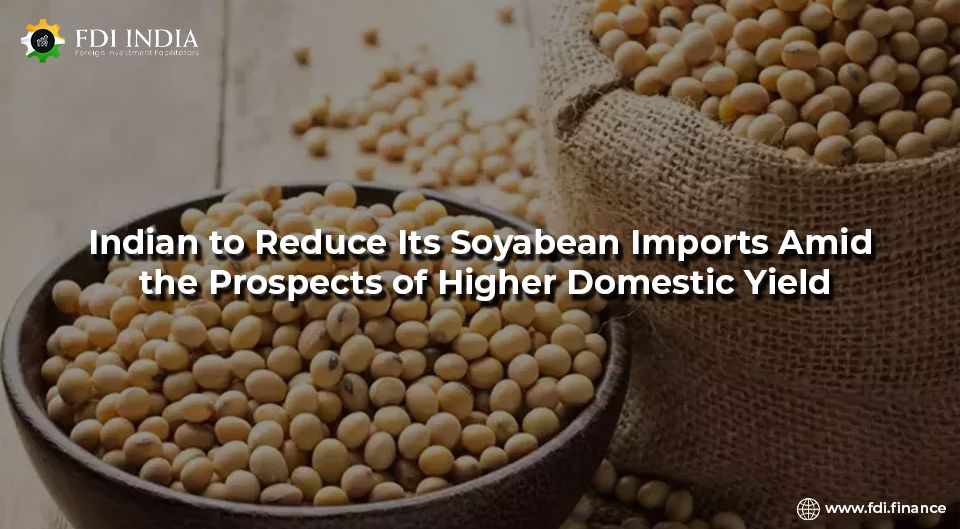 As per the Soyabean Processors Association of India, The domestic soyabean production has been estimated to increase to 120.40 lakh tonnes in the 2022-23 season compared with 118.89 lakh tonnes last season.

But as of now, in the current season, based on the prospects of higher domestic production, the Indian soybean import has been pegged lower by 64% at 2 lakh tones in the 2022-23. The nation had previously imported about 5.55 lakh tonnes of soybean during the 2021-22 season.

The conditions in recent times have taken such a turn that the carry-over stock remains to be higher at 25.15 lakh tones as against 1.83 lakh tones in the previous year. Therefore, as per the numbers that have come forward out of the total, about 100 lakh tonnes would be available for crushing during this season as against 84 lakh tonnes in the previous 2021-22 season.

Thirteen lakh tones out of the total output are to be retained for sowing,4 lakh tones for direct consumption and about 1 lakh tonnes for export in the current season.

Talking of Soyabean meal, used in animal feeds, the country's import has been pegged at 0 this season while starkly contrasting to the 6.45 lakh tonnes imported in the previous year. As a result, the soybean meal export is supposed to increase to 82 lakh tones as against 73 lakh tones previously in the period.

In the year 2020, India exported about $50.6 million worth of soyabeans, making it the 20th largest exporter of soya beans in the world. In the same year, soybean became the 498th most exported product in India. Some of the fastest-growing export markets for Indian soyabean exports have been Chinese Taipei ($357k), Seychelles ($230K) and Nepal ($74.8K).

According to the data available, some of the most prominent locations for Indian soybean exports were Benin $55.1m, Togo $46.6 M, the United States $44.7M, Mozambique $18.7M and the United Arab Emirates $17.3M.

In the recent years, the prominent uses of soya beans have increased; from being a component of the food chain that was dominantly used for feeding live stocks and humans, it has become an integral part in the production of several other essential needs of everyday fueling the production of lifestyle product producing industries.

Soyabean oil has experienced the largest growth in the United States, reaching about 2 billion gallons in 2017. Current biodiesel production methods can create soy-based fuel that performs nearly equal or equivalent to the standard diesel fuels in the market. The newly produced oil has the potential to become a sustainable approach to farming. Continued research to augment soybean seed component versatility would create new opportunities.

Raw soyabean, in its refinement process, is turned into the following significant sub-products: Soyabean oils, soybean lecithin and soybean powders. Soyabean oil are predominantly used in the production of concrete, epoxy, putty vinyl, soaps and detergents. In contrast, Soyabean lecithin is used to produce daily useable such as Alcohol, inks, yeast, paint and magnetic tapes. Soyabean powder is primarily used in producing Adhesives, Antibiotics, Inks, polyester and textiles. Soybean has become an essential need for several industries. Over the years, its importance as a fuel alternative to diesel has also impacted its need favourably. Hence, soyabean presents a business perspective that can lead to profound dividends in the future.