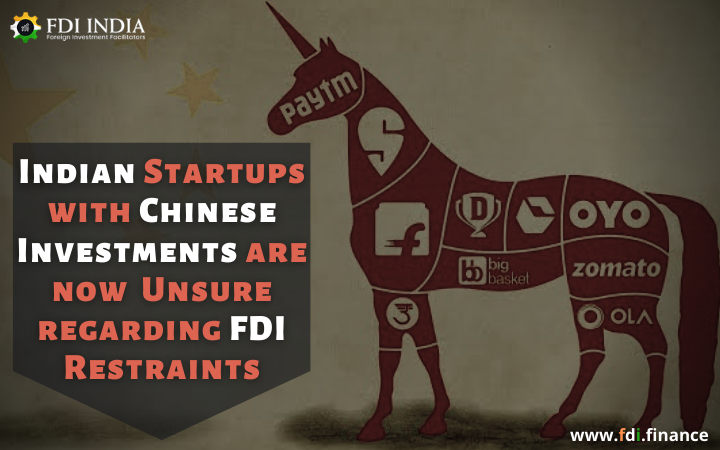 The major concern for the companies with heavy Chinese investments is of capital raising as said by GlobalData. The changes have been made in the FDI rules and regulations due to border clashes with China. The FDI amendments will be acting like roadblocks in the investments done by Chinese companies in India.

For a few years, China has been heavily investing in the Indian startups of various sectors. Big Chinese investors such as Alibaba and Tencent have invested in the Indian Startup Ecosystem.

GlobalData Lead Analyst Aurojyoti Bose had said "While the new law (FDI curbs) entails investments to be scrutinized and not necessarily stopped, this move is largely seen as a measure to curb Chinese investments and is likely to have a detrimental impact on start-up ecosystem for developing economies such as India given the fact that Chinese companies have traditionally been the lead investors in some of the key start-ups in India, which also enabled these start-ups to scale up,"

"On the other hand, though China has been enhancing its prominence, American firms still continue to dominate the funding landscape in India, and with the amended FDI regulation and the recent escalation of the border dispute, Indian start-ups are more likely to turn towards such non-Chinese investments," Aurojyoti Bose said.

Earlier in April 2020, the Department for Promotion of Industry and Internal Trade (DPIIT) had said a company or an individual from a country that shares a land border with India can invest in any sector here only after getting government approval.