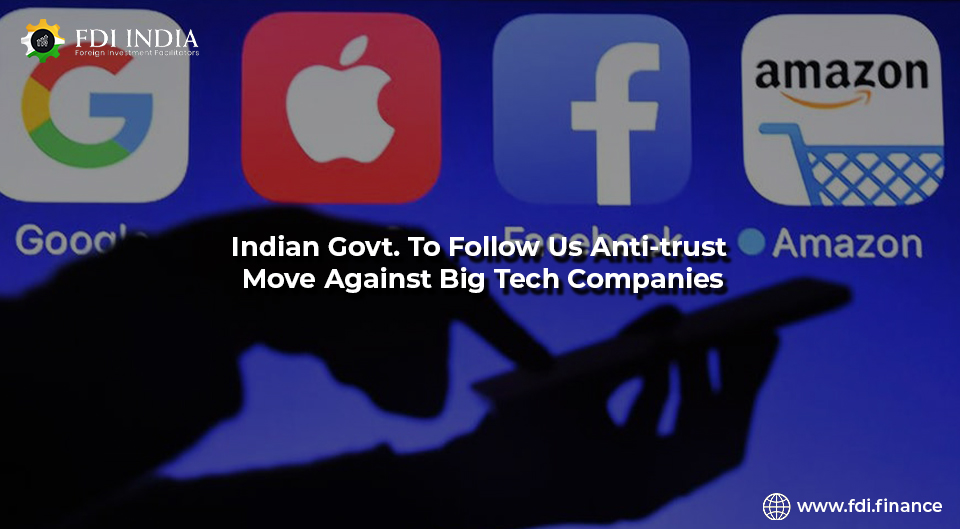 New Delhi/Washington, April 5 (IANS) As pressure mounts on Big Tech to sanitize their platforms and stop scraping users' data, India should take inspiration from the American Innovation and Choice Online Act which has now been endorsed by the Department of Justice (DoJ).

The bill introduced by Senators Amy Klobuchar (D-MN), Josh Hawley (R-MO), and Chuck Grassley (R-IA), was meant to curb the influence large tech companies have over consumers and smaller companies who cannot afford the same reach. The bipartisan bill would implement a laundry list of cybersecurity reforms, including giving federal antitrust agencies the ability to issue civil penalties and injunctions against so-called "covered platform" tech giants engaged in anticompetitive behavior.

Google, Amazon, and Facebook are the biggest names in tech. They created products that revolutionized and subsequently changed our world as we know it by "changing people's lives to create a business." However, these businesses have made so much money from their monopolies that they have begun to use their powers to limit others. For example, American officials are working on the part of the legislation: set for release this week (which happened nearly two months ago as I write this). The purpose of this legislation is to stop certain tech giants, including Google and Facebook, and other Silicon Valley-based companies with similar business models, from behaving in ways that lead to financial exploitation and limiting competition.

Apple CEO Tim Cook and Alphabet CEO Sundar Pichai are worried about legislation that is aimed at Facebook, Google, and Amazon. Apparently, they've been "calling and meeting with Senators" in an attempt to encourage opposition. The companies are opposed to the current draft, which only targets online platforms with at least 50 million monthly active users (or 100,000 business users), annual market capitalization, or US net sales exceeding $550 billion.

"The bill was passed, but it caused some serious security concerns," said Senator Dianne Feinstein (D-CA). "We're requiring companies to take down protections that are in place today, and instead allow hackers and those looking to steal personal data access to the devices."

US Trade Representative Katherine Tai announced on March 31 that the '2022 NTE Report' had been released. The report reviews significant international barriers to US exports of goods and services, foreign direct investment (FDI), and electronic commerce (e-commerce) in key export markets for the country.

India-US digital trade relations have been strained after the Commerce Ministry announced its attempt to establish a free-trade pact with the United States.

India's Data Protection Bill Could Be a Trade Barrier – US