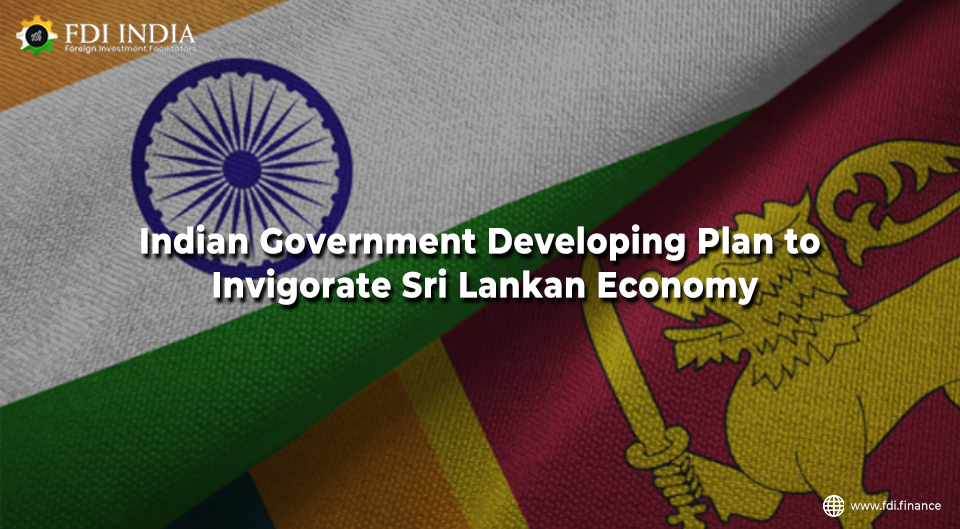 India is formulating an emergency economic package to aid the Sri Lankan government in taking out their country from the ongoing crisis. This comes after the Sri Lankan finance minister Basil Rajapaksa visited New Delhi to meet with senior officials.

The union government is expected to fast-track a health and food security package, along with an energy security package and currency exchange. The central government will also promote Indian investments in the neighboring nation.

Indian FDI in the island nation amounted to $1.7 billion during 2005-2019, with sectors such as real estate, manufacturing, petroleum, and banking and financial services seeing sizeable investments.

During Rajapaksa’s visit, it was decided that measures to realize these objectives would be put into effect as soon as possible within a timeframe that is acceptable to both nations.

The health and food security package would include a line of credit for importing food, medicines and other essential items from India. The energy provisions would comprise a line of credit to cover the import of fuel from India and a preliminary modernization of Trincomalee Oil Tank Farm.

An offer for currency exchange is also being presented to help Sri Lanka settle its current balance of payment issues.

“The Sri Lankan finance minister’s discussions with his Indian counterpart and the external affairs minister focused on a whole gamut of issues of mutual importance pertaining to the bilateral relationship with particular attention on the economic cooperation aspect. Both sides expressed satisfaction over the evolving trajectory of the bilateral relationship,” read a statement from the Sri Lankan government.

“During the discussions, they identified ways and means through which the existing bilateral economic relationship between the two countries could be further broadened and deepened,” it added.

Mr. Rajapaksa informed the Indian side about his country’s economic situation and the measures taken by his government to tackle the challenges in the country after the COVID-19 pandemic.

India bailed out its neighbor with fertilizers for its farmers after fertilizers from China had to be rejected due to substandard quality. Sri Lanka is currently facing an economic crisis due to two primary factors – the coronavirus pandemic and heavy borrowing from China.