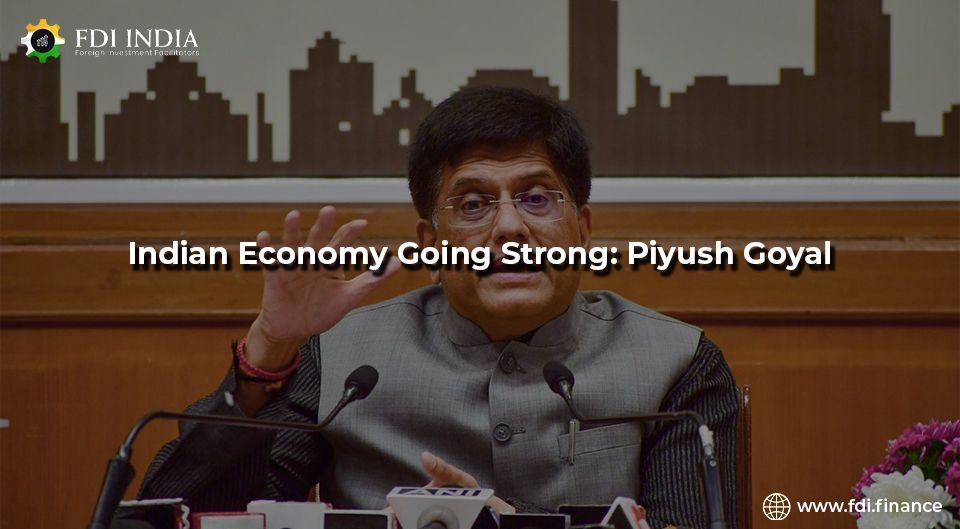 Union Minister for Commerce and Industry Piyush Goyal said that the Indian economy has robust fundamentals, and the people have endorsed the government’s performance.

“We have strong fundamentals in the economy today, highest ever FDI (foreign direct investment), continuously breaking records year after year. Our merchandise export is set to cross $400 billion this year. We are over $375 billion already,” Goyal said in the opening address at the seventh edition of the Economic Times Global Business Summit, which was held virtually.

He also said that India’s service exports, except tourism, travel and hospitality, are expected to touch $250 billion in the current year.

“Moody's recently gave us a rating upgrade, our GST (goods and services tax) collections have been robust despite the third wave of the Covid pandemic and our startup ecosystem continues to grow by leaps and bounds,” he added.

Speaking on the government’s vision for the next 25 years, he said, “We wish to expand our engagement with the rest of the world and do it from a position of strength.”

“With the UAE trade deal, we have set a new benchmark for the world to emulate. We made history by delivering the fastest negotiated free trade agreement (FTA). Personally, I look at $150 billion trade with the UAE at the end of five years from now,” he said.

Bilateral trade between India and the UAE currently stands at $60 billion.

Goyal said that India is negotiating new comprehensive economic partnerships and looking to augment bilateral trade with countries like Australia, Canada and the UK.

“We are meeting the trade minister of Canada and hope to take the dialogue with Canada further. We have already launched negotiations with the United Kingdom. The second round of negotiations are underway in London,” said the minister.