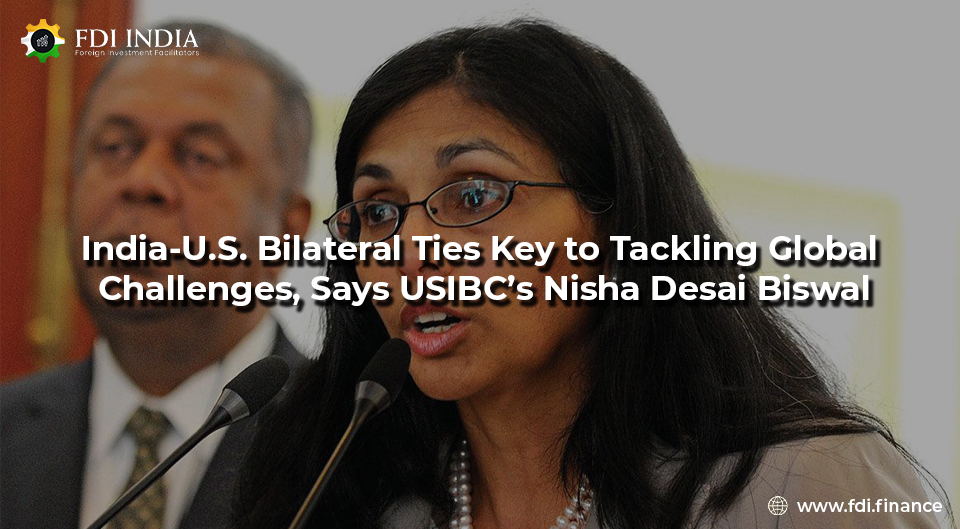 Nisha Desai Biswal, President of the US India Business Council (USIBC), has said that the bilateral ties hold the key to addressing the most urgent challenges the world is facing today, highlighting the fact that it is time for the trade relations between India and US to grow in accordance with the core of the India-US partnership.

“We’re at a phase now where our partnership is no longer characterized by just potential,” she said in an interview.

“In many ways, the US-India relationship holds the key to addressing the most important challenges facing the world today – from supply chain restructuring to climate change, to security objectives in the Indo-Pacific and world at large. It’s time for the trade relationship to grow in tandem with the centrality of our bilateral relationship,” she added.

With the India visit of US Trade Representative Katherine Tai coming up next week, Nisha observed that though US-India trade has grown progressively, from a mere $16 billion in 1999 to $146 billion in 2019, age-old disagreements between both countries have hindered the attempts to actualize the full potential of the relationship.

She asserted that the Indian government’s recent moves to raise FDI limits and to repeal the retroactive tax in particular, did a great deal to improve investor confidence and make U.S. companies more bullish on India.

“We see this as an important moment to think bigger, and the TPF (Trade Police Forum) is the primary opportunity to cement a larger agenda. There is an urgency to this moment, with the supply chain crisis, India’s energy crisis, and the broader need for energy transition, it’s imperative that we expand the commercial relationship so we can make progress on all of these fronts,” Ms. Biswal further said.

“Our members are excited about the overall trajectory; what’s really needed at this point is for the government to follow through with its expressed commitments to a consultative approach – our members want to be in India and they want to be in the policy conversation. In many ways that’s what we’re devoted to at the U.S.-India Business council: enhancing dialogue and expanding the forums for collaboration,” she added.

India Pushes For Self-Reliance In The Defense Sector