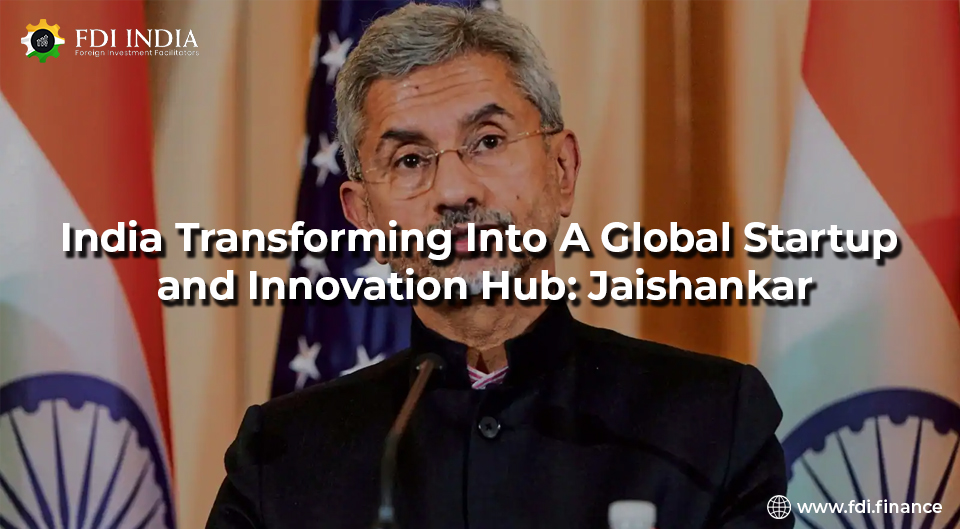 Addressing the 20th meeting of the Shanghai Cooperation Organization (SCO) Council of Heads of Government, External Affairs Minister S. Jaishankar said that India is emerging as an economic force at the global level and is prepared to share its experience in the startup sector with other members of the SCO, through its proposed scheme to set up a Special Working Group on Startups and innovation.

“India today is an emerging economic force at the global level. The International Monetary Fund (IMF) has forecast a 9.5 percent growth in the Indian economy in 2021. Our trade performance has also been strong, growing by more than 20% this year,” he said.

Highlighting India’s prompt response in fighting the pandemic and ensuring economic stability, he added, “Despite COVID, India attracted record FDI inflows of $77 billion in 2020-21 and another $22 billion in the first three months of this year. WIPO has ranked India number one in the Global Innovation Index 2021 in the Central and South Asian region. Indian startups have so far created 65 unicorns, out of which 28 unicorns were added during 2021 alone.”

Jaishankar observed that the meeting was taking place in an ever-changing regional and global environment.

“In these times of unprecedented upheaval, it is heartening to note that SCO continues to play a significant role in promoting peace and stability in the region. India remains committed to contributing constructively to the implementation of the mandate of SCO,” he said.

He noted that the recent COP 26 meeting in Glasgow has spotlighted the fact that climate change remains the biggest existential threat. It needs to be combated by innovation, cooperation, resources and lifestyle modifications.

“As we move towards practical implementation of the trade and economic agenda of SCO, we must simultaneously pay heed to the climate change impact of our joint activities,” he added.

He mentioned the initiatives taken by India in accordance with the Paris Agreement, the climate change initiative which only a few large economies have followed.

“Today, India ranks 4th in the world in installed renewable energy capacity. Its non-fossil fuel energy has increased by more than 25% in the last seven years and has now reached 40% of our energy mix. As a revolutionary step in solar power, we co-initiated the International Solar Alliance that now has more than 100 member states,” he further said.