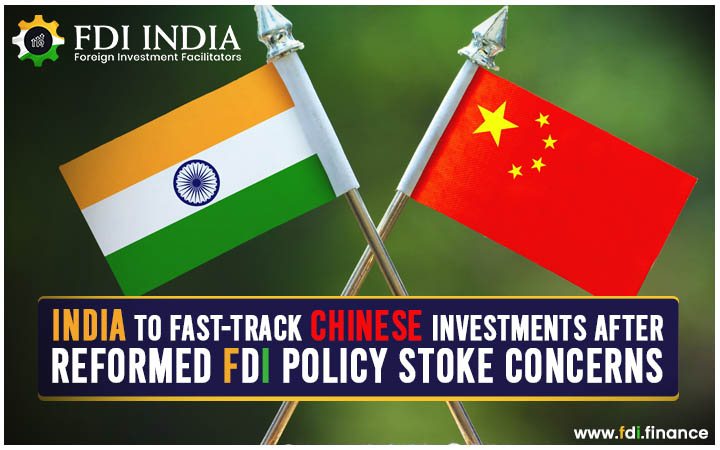 Following concerns over the probability of the new screening rules for investments from neigbouring countries such as China negatively impacting companies and investors alike, the Indian government has planned to fast-track the review of some of these investment proposals.

India, last week amended its foreign direct investment policy in a bid to tackle the “opportunistic” Chinese takeover of Indian assets. To do so, they introduced a rule where investments from countries that share a border with India would require a prior government approval, meaning that they can no longer make investments through the automatic route where the Reserve Bank of India (RBI) has to simply be notified after making an investment.

Reportedly, Chinese firms are concerned that the investment process through the government route of approval could take several weeks, thus hitting deals and investment timelines. Auto firms such as SAIC's MG Motor and Great Wall, and investors Alibaba and Tencent have placed major bets on the Indian market.

After the Indian government introduced the amended FDI policy, the Chinese Embassy in New Delhi lashed out by calling it “discriminatory.” A day after China’s vocal outburst, India hit back, saying the reforms did not violate any global commitment as it did not bar investments from across the border but only mandated prior screening of proposals.

A senior Indian government source who is involved in policymaking told Reuters that New Delhi will try to approve any investment proposal in a non-sensitive sector within 15 days when the stake being bought is not significant.

The source however did not elaborate on what would be considered sensitive and what threshold of investment would be deemed significant.

”We will try to fast-track investment proposals as soon as possible. It may be faster for some (sectors) and in others we might take some time," said the official, who did not want to be named due to the sensitivity of the discussions.

While the fast-track rule is for all countries sharing a border with India, the main beneficiary would be China. Unlike Pakistan, Bangladesh, Myanmar, Nepal and Bhutan, the mainland has significant investments in India.

Dipti Lavya Swain, a partner at Indian law firm HSA Advocates which advises Chinese companies, said "Approvals should be a seamless process and anything between two to four weeks could still be bearable. Sectors which are already under severe financial distress and do not concern national security should also receive faster approvals."