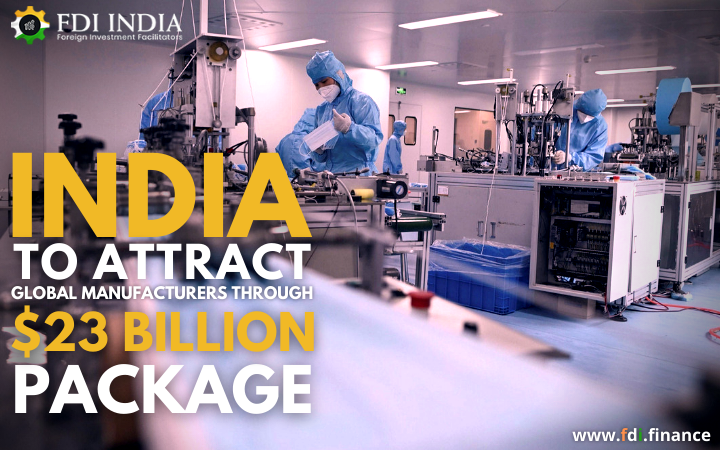 The Indian Government will be offering $23 billion (INR 1.68 trillion) worth package in order to lure the global manufacturing companies for establishing their manufacturing in India.

The sectors that are also in consideration are the textile units, food processing plants, and specialized pharma product makers.

This move has been taken by the government for attracting business to India from China.

The government authorities have offered these companies for paying to them 4%-6% of the incremental sales that the companies get in the coming five years.

The destinations that are most favoured by the businesses for diversifying supply chains according to a survey by Standard Charted Plc are Vietnam, Cambodia, Myanmar, Bangladesh, and Thailand.

To increase the local value addition in the manufacturing sector, the government will be introducing a phased manufacturing program.

The government is in process of working out the programs.

According to government data, India has imported goods from China worth $65 billion and the exports to China were at $17 billion, which shows a trade deficit of $48 billion.