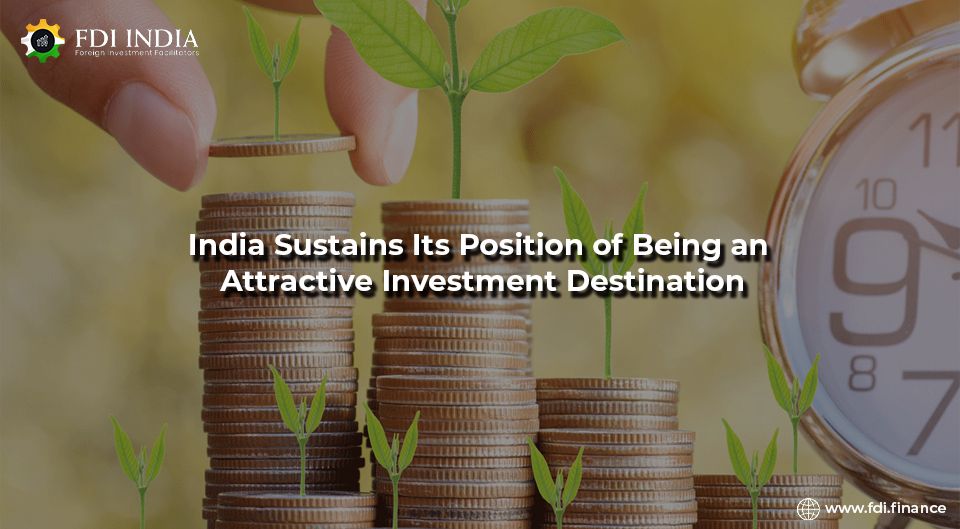 In the April-June quarter, India remains an attractive destination for developed countries as the 5th largest recipient of FDI. This was not the only good news the monthly economic report from the department of economic affairs reported. The report also suggests that an unsurpassable growth outlook and a steady improvement in ease of doing business have been some of the prime reasons behind the rise of the nation as an attractive business destination.

The momentum showcased earlier has been sustained in Q2 of 2022, as well as FDI inflows of USD 16.1 billion. Moreover, India's Exports are growing at the second highest place among other economies despite an economic slowdown.

As per media reports, High foreign exchange reserves, sustained foreign direct investment, and substantial revenues have provided India with a rational buffer against the monetary policy normalization in advanced economies and the widening of the current account deficit arising from geopolitical conflicts.

The report also reported that the contact-intensive services sector would likely drive growth in 2022-23, building on the demand and near universalization of vaccination. Furthermore, according to the economic forecast delivered by the report, an acute rebounding of private consumption backed by soaring consumer demands and an overall rise in employment would sustain growth in the coming years.

According to the report, a rise in Private consumption and higher capacity utilization in the current year has further invigorated the Capex cycle to take the investment rate in q1 of 2022-23 to one of its highest levels in the last decade. In addition, the rising capital expenditure of the government has also helped the crowding in of private investment. Moreover, the government's spending on capital expenditure is likely to be sustained as buoyancy in revenue growth is expected to remain undiminished in the balance period of the current year.

The growth momentum of Q1 has sustained in Q2 of 2022-23, as well as the robust performance of high-frequency indicators during July and August of 2022. As a result, the composite PMI of India rose to 58.2 in August 2022, signaling a quick pace of Expansion. However, as a contradiction to this pace, the global composite PMI has entered the contradictory phase declining to 49.3 in August 2022 with a slowdown, mainly evident in advanced economies.

At a time when Rising inflation, as well as slowing growth, is affecting most major economies of the world, while India's financial initials have been robust, and inflation is under control. Moreover, the supply-side reforms in the pre-COVID times have provided India with a robust financial status in current times of a global slowdown, putting forth an enticing opportunity for investors worldwide.